The modern take on Subhash Ghai's 1983 directorial "Hero" has entered the final process of filmmaking, according to director Nikhil Advani.

The "Kal Ho Naa Ho" fame director took to micro-blogging site Twitter to share a photograph with editing work of the film in process.

Going by the image, which shows a motor-bike jumping over a train, the film is expected to satiate the adventure junkies with adrenaline pumping stunts and visuals.

Produced by superstar Salman Khan, the remake will mark the debut of Sooraj Pancholi and Athiya Shetty.

It would be interesting to see how Advani twists Ghai's story, which traces the journey of a man from being a goon to choosing the right path for his love.

The film is set to release on July 3. It also stars Govinda, Anita Hassanandani, Vinod Khanna and Kader Khan.

‘I am in Trouble and asking for Salman Khan’s Help,’ says Pooja Dadwal ... 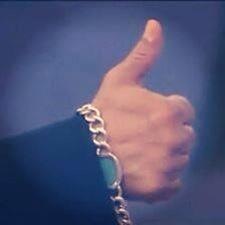 Digangana Suryavanshi feels concerned about people who's ...
an hour ago

'Days Of Our Lives' Sets Production Restart Date in ...
11 hours ago

Seth Rogen Plays His Own Great-Grandson in HBO Max's 'An ...
11 hours ago

Re-run of 'Young Sheldon' Scores Big On a Quiet Broadcast ...
12 hours ago

Premiere of 'The Good Fight' Season 4 Made Available For ...
12 hours ago

Tunisha Sharma Opens Up On The Reason For Quitting 'Ishq ...
12 hours ago

Dan Levy On Why Coronavirus Would Have Destroyed 'Schitt's ...
13 hours ago
View More
TOP