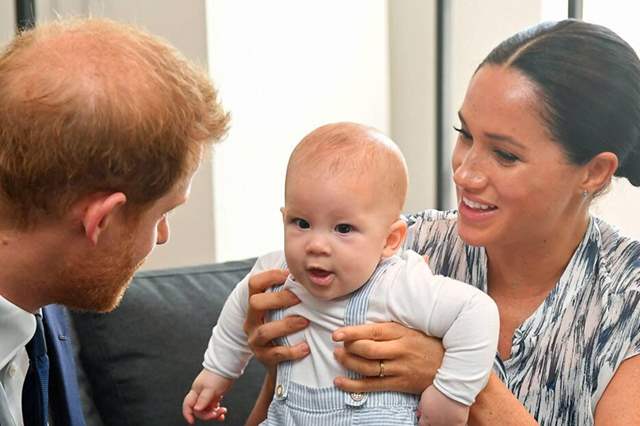 It has now been done and dusted how Prince Harry and Meghan Markle have indeed exited the royal family. But now, it is about who are Archie's godparents.

According to a report in E!, in royal tradition, the godparents are typically announced around the date of the child's christening. However, when the time came for Archie's christening in July, the Duke and Duchess of Sussex decided to keep the names of their son's godparents private.

Now, The Sunday Times has revealed that Harry and Prince William's former nanny, Tiggy Pettifer, is one of Archie's godparents. The outlet also reports that Mark Dyer, a former officer of honor to Prince Charles, has also been chosen by Harry and Meghan to be a godparent.

"They were both constants in Harry's childhood and beyond," a source tells E! News. "They are fascinating choices of figures in Harry's life that he will hope may keep Archie rooted somehow in the UK, as they relocate to North America."

Harry's childhood friend Charlie van Straubenzee has also been confirmed as a godfather to Archie.

News of Archie's godparents comes amid Harry and Meghan's royal exit. As revealed by the couple earlier this month, they'll be spending time in North America as they take a step back from royal duties.

Meghan Markle Reveals Touching Tribute To Son in Message about ...

Meghan Markle Reflects Her Experience With Racism in Resurfaced 2012 ...

What Former Royalty Prince Harry And Meghan Markle Are Upto During ...

Aamir Ali opens up on his upcoming series Naxalbari; says, ...
7 minutes ago

‘French Biriyani’ Director Reveals His Unique Technique and ...
13 minutes ago

Vir Das opens up on debuting in an unscripted homegrown ...
19 minutes ago

Janmashtami 2020: Urvashi Rautela wishes for good health and ...
28 minutes ago