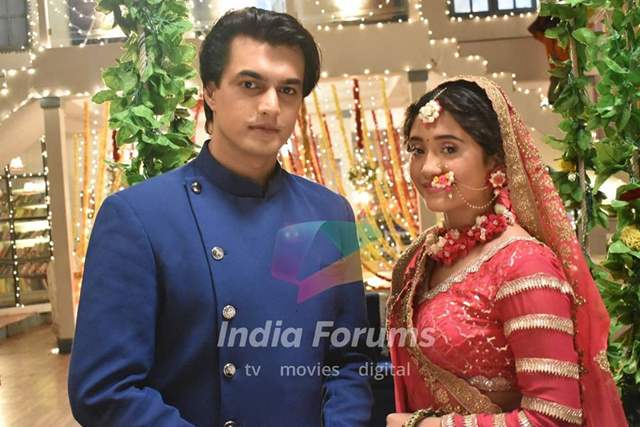 One of the most popular Jodis of Television Kartik(Mohsin Khan) and Naira (Shivangi Joshi) have been loved by the audience. The two have been a household name because of their chemistry.

When Surbhi asked Shivangi about the intimate scene and how they will do it now, Shivangi replied,  “The chemistry between Mohsin & me is good." To which Mohsin adds, “Once we know and understand the scene, we look into each other’s eyes and deliver the shot.”

The makers are trying their level best to give its audience entertainment and drama.

Shivangi Joshi & Mohsin Khan's on-screen son Kairav will not get ...

Sanjay Dutt's Official Statement after being Rushed to the ...
34 minutes ago