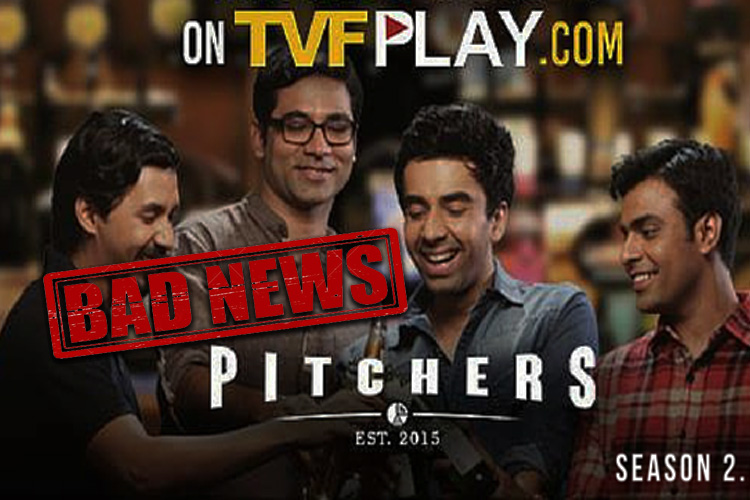 The web world may currently be on the constant rise with a barrage of shows coming in like never before, but that wasn't the case a few years ago.
Around 3-4 years ago, the web industry was barely booming and it needed that big push for it to become a phenomenon. We can safely say that TVF (The Viral Fever) has been responsible for doing so, where some of the absolutely fantastic original series that they offered created a rage. And two of those you would easily know about are Pitchers and Permanent Roommates.
While Permanent Roommates' fans were treated with a second season after the humongous success of the first season, that hasn't happened with Pitchers yet, inspite of it being over 3 years old.
The whole saga about TVF's former CEO, Arunabh Kumar being accused of sexually harassing an employee from the organisation led to not only him quitting, but the second season of Pitchers being constantly related.
However, in the end of last year, there was a ray of hope, when it was confirmed that the show is under works and there is a good chance that it will be presented at the soonest.
But, that does not seem to be happening at all.
Actor Naveen Kasturia, who plays the leading man, Naveen Bansal in the show recently revealed that Pitchers 2 is NOT going to come out this year too and has been indefinitely pushed ahead.
That is one the saddest things for me to write and I am certain, it is so for you to read too.
The actor refused to mention on what's causing the delay. Nevertheless, let's hope next year is going to be THE year to look out for!
0 Likes

Namashi Chakraborty on Nepotism: I Did Not Take Father Mithun’s Help ...

Rhea Made Financial and Professional Decisions on Sushant’s ...
2 hours ago
View More
TOP