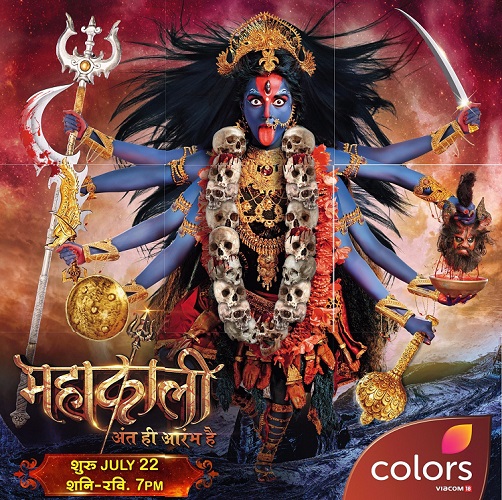 The scale of mythological shows has gone up considerably, due to which the viewership has also increased. Currently, Colors is in the running with their TRP topper Shani but Colors will soon follow up with yet another less explored mytho show,Mahakaali: Anth Hi Aarambh Hai.

And given below are 5 reasons which makethe show a worthy watch according to us.

We have seen innumerable adaptations of the Ramayana and the Mahabharata and have even seen an entire show on Lord Shiva, but we are yet to see an entire chapter/ show based on Goddess Parvati. And that is one of the main reasons to be eager to watch the show.

While the trend of making mythological shows with the female perspective was set by Siya Ke Ram, Mahakali takes the mantle over from Siya Ke Ram. Also, in the first look of the show which was shown exclusively to the media, we got to see a few glimpses of Lord Shiva and his perspective, which is quite different from all the portrayals of Lord Shiva that we have seen so far.

Scale of the show

Again, the first look of the show as well as the promos, promise us a grand visual treat. Swastik already has another lesser known mytho concept based show, Shani on Colors which runs on weekdays and has been receiving rave reviews for its scale. Looks like there is a lot riding on Mahakaali, which has been given the weekend slot of 7 pm. While Sourabh Raaj Jain has played Lord Krishna/ Lord Vishnu in many shows, this will be the very first time that we will see the actor essay Lord Shiva. To top it up, the actor will be performing a tandav sequence for his entry and we can't wait to see Sourabh in that role.

As for Pooja Sharmaa, the actress looks terrific in her portrayal of both Lord Parvati and as Mahakaali. The promos that the channel has released so far, have only evoked a positive and inspiring response which has increased the level of intrigue, that is already surrounding the show.

Are we missing out any other reasons? Do let us know in the comments below.

TwinFlames 3 years ago Absolutely loving the show.. Pooja Sharmaa and Saurabh Raaj Jain are perfect together as ShivShakti

Yuvis.cupcake 3 years ago mesmerized impressed and totally crazy for you Sourabh Raaj Jain. You are doing a lot of hard work. You are awesome

.krishnaasrj 3 years ago Sourabh you are working so hard for mahadev 'S role. Loving your transformation.

vinnas 3 years ago SRJ n pooja extraordinary in Mahakali for the lead roles. just thrilling to see them on such powerful forms.
where is forum?? why not opened yet??

Yashika18 3 years ago Sourabh Raaj Jain is exceptionally Good as Shiva, his tandav, his perfection, he is living Mahadev in Mahakaali. Great actor

.dyah 3 years ago All the best for the show. Sourabh I love you. Your entry as Shiva so wonderful

khushboo_kzk 3 years ago All the best to mahakali team. Jai mahakali

RadhikaBr. 3 years ago The theme of the show is amazing and Sourabh Raaj Jain is looking perfect as Shiva. Awesome amazing show. I loved your tandav SRJ, you are full of divinity

.daisy 3 years ago Sourabh raaj Jain looking so perfect as Mahadev, Sourabh so delighted to see you perform tandav will all your grace and charm. All the best. The first episode was amazing