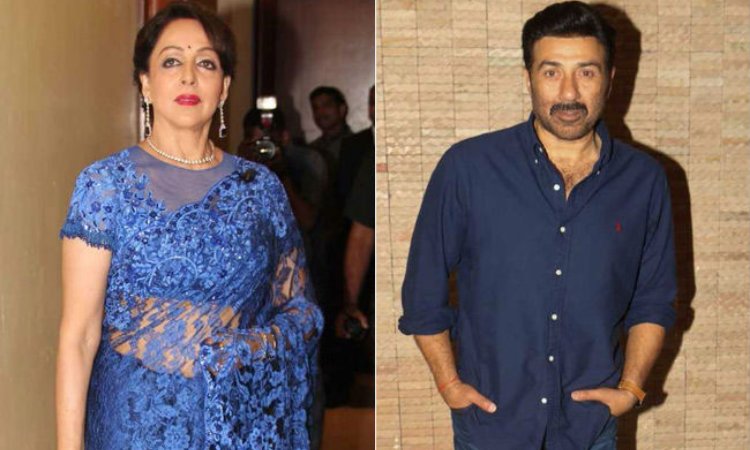 Veteran actress Hema Malini says she shares a "beautiful relation" with her stepson Sunny Deol. After her 2015 accident, Sunny was the first to visit and take care of her.

During the launch of her biography "Beyond The Dream Girl", written by Ram Mukherjee, unveiled by Deepika Paduone, Hema shared one of the unspoken chapters of her life -- her relationship with her stepsons.

She said: "Everyone wonders what kind of a relation we (she and Sunny) are having. It is very beautiful and cordial. Whenever it is necessary he (Sunny) is always there, along with Dharamji, especially when this accident happened."

She also added: "He (Sunny) was the first person to come to see me at home and he saw that the right doctor was there for the stitches that were done on my face.

"I was really taken aback to see him showing so much interest. That shows what kind of a relationship we are having."

While Deepika and Hema had an interactive session where both shared how their journey was similar and yet different, given the fact that they were set in separate times in a ever changing film industry, according to Hema.

"Deepika is a really talented and hardworking actress but she is also fortunate to work with a director like Sanjay Leela Bhansali who has a grand budget to make a grand film like 'Padmavati' and 'Bajirao Mastani'.

"In my time, I did 'Meera' and 'Raziya Sultana', where the producer had zero budgets and my remuneration was Rs 2,000."

After unveiling the cover of the book, the actress received a series of video messages from iconic actors like Amitabh Bachchan, Jitendra, Shatrughan Sinha on her birthday and for the launch.

At the event, Deepika read out a letter by Pamela Chopra, wife of late filmmaker Yash Chopra, where she wrote: "You are pristine and in your long career, you always showed grace and dignity, something very few actresses have."

Hema's husband Dharmendra recited poetry for her on a video message. The actress' daughter Esha Deol was present at the event along with her husband.

Published by Harper Collins Publishers India, the forward of the book "Beyond The Dream Girl" has been written by Prime Minister Narendra Modi.