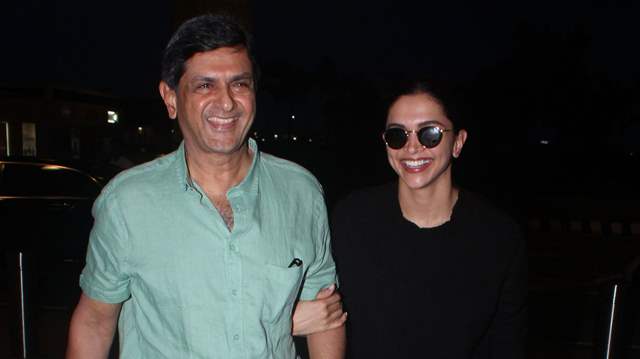 Deepika Padukone, who is currently receiving praise for her performance in 'Gehraiyaan,' has confirmed that she is working on a film about her father, ace badminton player Prakash Padukone's life and career. She recently produced '83, directed by Kabir Khan, starring Ranveer Singh as Kapil Dev.

The Chhapaak actress recently stated in an interview that she is working on the project. She also recalled her father's struggles in putting Indian sports on the global map. She went on to say that Prakash Padukone was one of the first Indian athletes to put India on the map, long before the Indian cricket team won the World Cup in 1983.

During an appearance on Cyrus Broacha's show, the actress discussed how her father trained with limited resources. He trained in a marriage hall, she revealed. She also stated that if he had the same facilities as athletes in India today, he would be far superior.

Meanwhile, Deepika wrote a thank you note to her fans on Friday for their support of 'Gehraiyaan.' She captioned an Instagram post with stills from the film,

"To say the least, the reaction to Gehraiyaan has been dizzying! As an artist, 'Alisha' has been my most visceral, indelible, and delicious experience. While I am overjoyed and overwhelmed, I am also grateful and humbled!"

Well, the announcement has certainly got the fans excited. Meanwhile, Deepika will also be seen in The Intern with Amitabh Bachchan, Shah Rukh Khan starrer Pathan and Siddharth Anand directorial Fighter opposite Hrithik Roshan. The actress had recently revealed that she will begin working on the Hrithik starrer soon and that the much talked about The Intern will go on floors by this year or early 2023.

9 months ago yes Prakash Padukone is the 1st one to put India in global world map, all others who did were not Indians. Ranjit singh ji, Tiger Pataudi, Milka Singh, Dhyanchand, Gurbachan Singh Randhawa, Sunil Gavaskar etc.. never did anything of importance. India winning Gold at Olympics in Hockey from 1928-1964 (barring 1960), is not important neither - the soccer team which qualified for olympics without wearing shoes/slippers isn't important either.

9 months ago Well, what about Milkha Singh ji or Dhyanchand ji?