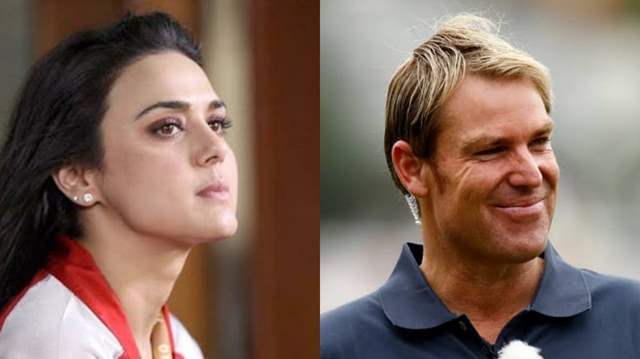 On Saturday, Bollywood star Preity Zinta, co-owner of the Punjab Kings IPL club, grieved the sad demise of great cricketer Shane Warne, who passed away on Friday at the age of 52.

Taking to her Instagram account, the star shared a photo of herself with Warne. Preity honoured Warne in the post's description by sharing recollections of the renowned bowler.

"So sad to hear that Shane Warne is no more. He was a magician on the field and such a charismatic and flamboyant personality off the field. I learnt so much about cricket from him every time I met him during the IPL and laughed a lot."

"He was an inspiration to so many all over the world. My heartfelt condolences to his family. R.I.P my friend. You will be missed. #Legend #RIP #Gonetoosoon."

Meanwhile, Warne, who passed away after a suspected heart attack, was one of the top spinners. In his remarkable career, which covered 145 Test matches, he took 708 wickets.

The right-hander scalped 293 wickets, playing 194 One Day Internationals for Australia. Warne was also an ace batsman as he scored 3,154 runs in his Test career and amassed 1,018 runs in the 50-overs format.

The leg-spinner was known for his guile bowling and took a total of 1001 wickets. He became the first-ever bowler to scale the peak of 1,000 international wickets.

+ 8
4 months ago Shane Warne has been a legend.