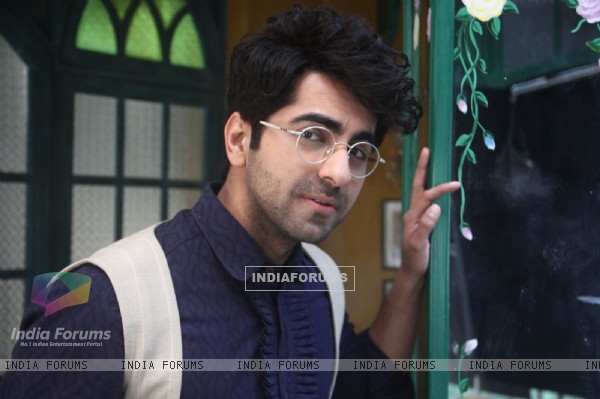 To rekindle the Indian pride and spread the work of the legend Shivkar Talpade, the Hawaizaada team has decided to install the plane created by him. It is a lesser known fact that Shivkar Talpade, an Indian flew the first plane in the history of aeronautics. The unsung hero had his plane take off from Girgaum Chowpatty back in the 1895.

The plane which is being installed is the replica of the old model which Shivkar Talpade had created. This plane has also been used in the film. The director Vibhu Puri and Ayushmann Khurrana who will be seen enacting the role of Shivkar Talpade will be visiting the place where the plane will be installed and talk to people about the work of the legend.

The team was keen to install the plane at Girgaum Chowpatty, as that was where Shivkar Talpade's plane had taken off. But as they were unable to get permissions from the authorities, they will now be now doing it at Versova Beach.

Spokesperson confirms the news and adds, "It is a matter of pride for us as Indians to know about a legend like Shivkar Talpade. The unsung hero has been recognized by a lot of institutions like that of the Indian Science Congress, etc of him being the first person to fly a plane. We will be assembling the plane at Versova beach where people will be able to see and learn about Shivkar Talpade's plane. The idea is to spread awareness and mark his achievement."