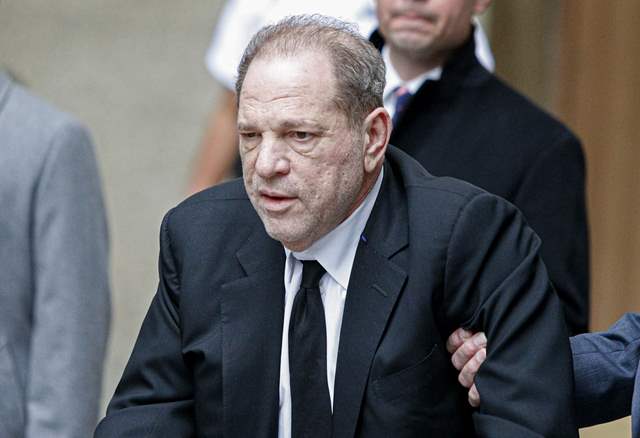 Weinstein's defense, Donna Rotunno implored a New York jury on Thursday to exonerate the former movie mogul, arguing that his accusers have shirked responsibility for their own actions.

Rotunno used her closing argument to urge jurors to set aside any prejudice they may have against Weinstein, and to rely instead on their “New York City common sense.” She argued that the women who allege that Weinstein sexually assaulted them were embarrassed about having used the movie producer to advance their own careers.

“In their universe, women are not responsible for the parties they attend, the men they flirt with, the hotel room invitations, the plane tickets they expect, the jobs they hope to obtain,” Rotunno said. “In this universe, they aren’t even responsible for sitting at their computers and emailing someone across the country… In this script, the powerful man is the villain and he is so unattractive and large that no woman would want to sleep with him.”

Weinstein is facing five counts of rape, criminal sex acts, and predatory sexual assault, and could face life in prison if convicted. Rotunno spoke to a packed and hushed courtroom in downtown Manhattan, where throngs of media had assembled in the early morning hours to get seats. Dozens of members of the public were denied entrance, but huddled just outside the courtroom, eager to find out what was going on behind closed doors. Among those in the audience was Rotunno’s father. As her client looked on with rapt attention, Rotunno returned to a theme that she has struck in interviews ahead of the trial, suggesting that the #MeToo movement had gone too far. She said that prosecutors had portrayed Mann and Haley as lacking “autonomy” or “common sense.”

“What are we doing to women?” she asked. “Women have choices.”

Addressing Haley’s allegations first, Rotunno pointed to an email that Haley sent Weinstein in 2008, in which she signed off, “Lots of love.”

She also noted that Haley is represented by Gloria Allred, and suggested that Haley intends to file a lawsuit. “Civil lawyers give scripts to their clients so that they don’t have to admit to you that they’re looking for money,” Rotunno said.

“Of course you have doubt,” she continued. “How could you not?”

Shortly before Rotunno began her remarks, Justice James Burke asked Weinstein if he was certain about his decision not to testify in his own defense, noting that the movie producer had told media he had wanted to share his side of the story.

Sushant Singh Rajput’s argument with Rhea Chakraborty over a flatmate; ...

ChickenSoup 4 months ago Harvey Weinstein may have done what he has been convicted for but the women who accused him aren’t innocent either. They had choices. They had the choice to not attend those parties. They had the choice to not flirt with those men. They definitely had the choice to choose a different career path which doesn’t involve compromising their modesty. If you play with fire, your hands will definitely get burned. I’m not trying to justify what this man did to all those women but that could have been avoided if these women had chosen a more honourable and modest career path. You will never find any good and respectful man in the film industry. This is the industry where losing morality and modesty are a prerequisite for getting to the top. There’s no shortage of predatory men like Harvey Weinstein in the film industry. Those women had a choice. We need to stop treating women like these delicate little flowers who can never be wrong. Those women wanted to get to the top which is exactly why they went to him for a job opportunity. Think about it, why are all his accusers part of the film industry? I haven’t seen anyone outside of the industry accuse him. This itself proves that these women wanted to be in the industry and they were willing to compromise on their modesty in order to get to the top. They made their choices and now that they’re no longer relevant, they needed a scapegoat to blame their own failures on. You can’t simply come into contact with a predatory producer like Weinstein if you’re not trying to get into the film industry. Those who say these women had no choice are blinded by feminism. In most cases there is a choice!