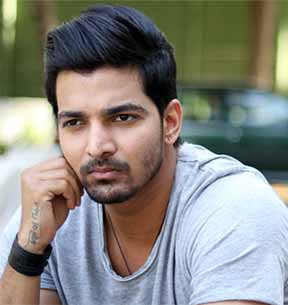 Telugu actor Harshvardhan Rane, who is all set to make his Bollywood debut with John Abraham-produced "Satra Ko Shaadi Hain", says he doesn't like to discriminate between any two industries and will continue to work in Telugu filmdom.

"As soon as I finish my Hindi film, I will return to Telugu industry and continue doing films. I don't like to discriminate between the two industries because they have merged and so many technicians from Hyderabad are working on Hindi films and vice versa," Harshvardhan told IANS.

"At the end of the day, it's talent that matters in every industry. Had I entered Bollywood 10 years ago, I would have probably settled there. But today I have several reasons to continue working in Telugu with one of the reasons being that the people here have loved me unconditionally," he added.

Known for his work in films such as "Thakita Thakita" and "Avunu", he will be sharing screen space with Barun Sobti in the film, which is being directed by Arshad Sayed.

He is currently awaiting the release of Telugu films "Anaamika" and "Maaya".