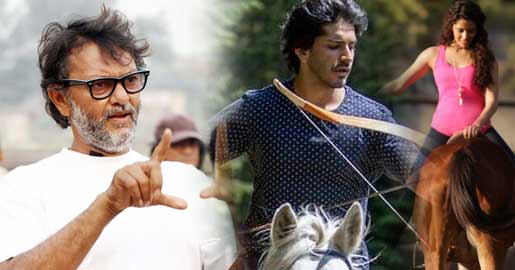 Debutant director Hemnt Praddeep's "Mmirsa" touches upon the folk tale of the same Mirza Sahiba, which has inspired Rakeysh Omprakash Mehra's "Mirziya". But he says he's happy his movie will release before the latter's.

Praddeep told IANS: "It's a mere coincidence that we both are making a film of the same concept, but both films will have an individual approach to it. He (Mehra) is a big director and I respect him, but when he had announced his film, my movie was 50 percent ready."

"I am still happy that my film will be releasing before 'Mirziya'... I think his film is slated for 2016 release," he added.

Praddeep says the film is based on reincarnation.

"The film starts from the present time and ends in the past. It's based on reincarnation. I was fascinated by this story when I was making a Punjabi serial 10 years back. I always wanted to make this film," he said.

The film is being produced under the banners of Mridul Films Pvt Ltd and Maaltee Films Entertainment. It is slated to release on August 21.