BollyCurry is not only celebrating the almost end of the first month in 2015, but also the birthday of a strikingly attractive belle of Bollywood, who is already a renowned celebrity down South, Shruti Haasan.
Shruti Rajalakshmi Haasan, born on January 28, 1986, is the daughter of the celebrated actor Kamal Haasan and the beauty of yesteryears, Sarika. A beautiful blend of qualities of acting, singing, and music can be attributed to her Bollywood lineage.
Haasan debuted as a child artist as the daughter of Vallabhbhai Patel in her father's directorial bilingual (Tamil-Hindi) movie, Hey Ram (2000). Her debut as a lead actress was in Soham Shah's action-thriller Luck (2009) opposite Bollywood's blue-eyed boy Imran Khan, where she portrays Natasha, the girl out on a mission to avenge her sister's death. The movie failed miserably and Haasan was directed to harsh criticism by the audiences. Haasan then moved towards a series of promotional videos, the first ones alongside Blaaze for Unnaipol Oruvan (2009) and Eenadu (2009), both bilingual movies which she composed music for, and another for the promotion of Hisss (2010) which had a song in her voice.
Haasan went on to make a Telugu debut opposite the South Star Siddharth in 2011 as a gypsy woman, for which she was appreciated by one and all. She then returned to Bollywood with Madhur Bhandarkar's romantic-comedy Dil Toh Baccha Hai Ji (2011) in an extended appearance which did not manage to appeal the audiences. Haasan did a couple of other Tamil and Telugu movies, which earned her mixed responses, nevertheless making her a renowned star in the South industry.
In 2013, she made a Bollywood comeback with Prabhu Deva's romantic comedy Ramaiya Vastavaiya and Nikhil Advani's action spy thriller D-Day. The movies fared averagely at the box-office, but Haasan's acting skills received general applaud.
Haasan's singing career took flight at the age of six when she sang for her father's movie. Since then she hasn't looked back, as she moves on singing as well as composing music. Her latest stint for Tevar (2015) where she lent her voice for the song "Joganiyan" was applauded by all and sundry. She also had a special appearance in the song "Madamiyan" opposite Arjun Kapoor.
Haasan has a long list of accolades to her credit but almost all of them are for her contribution to the Tamil and Telugu industry. Her upcoming projects include Nishikant Kamal's action thriller Rocky Handsome and Anees Bazmee's comic film Welcome Back, both opposite John Abraham, Sanjay Leela Bhansali's action drama Main Gabbar opposite Akshay Kumar and Tigmanshu Dhulia's drama project Yaara alongside Vidyut Jamwal.
A walk through some of the Haasan's hit tracks:

BollyCurry wishes Shruti Haasan a very Happy Birthday along with loads of success in all her forthcoming ventures. The lady is a powerhouse of potential waiting to be unleashed and we hope that the coming year provides her ample opportunities for that. The comment box below waits for your wishes for the stunning actress Bollywood is proud to have.
Writer: Pooja B.
Editors: Mohini N. and Sonia R.
Graphics: Shikha A.

Do you have a suggestion or comment for BollyCurry? Drop us a PM at BC_Dropbox today!
Featured Video 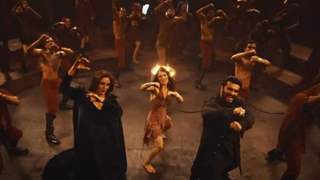 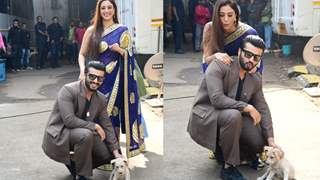 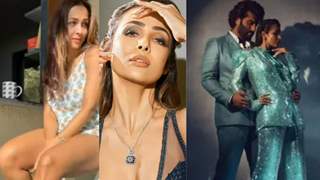