The best part about getting older is that you don't lose all the other ages you've been. With this thought in mind, BollyCurry is here to celebrate the birthday of two of Bollywood's shining stars, the vivaciously stunning Shraddha Kapoor and the musical genius Shankar Mahadevan.


An actress-turned-transitory-singer, Shraddha Kapoor was born on March 3, 1989, and is the daughter of industry's celebrated actor famous for his antagonist cum comic portrayals, Shakti Kapoor, and Shivangi Kapoor. She is the niece of the yesteryear beauties Padmini Kolhapure and Tejaswini Kolhapure.
Not many are aware of the fact that Kapoor made her acting debut with Teen Patti in 2010 alongside Amitabh Bachchan, Ben Kingsley, and R. Madhavan which earned her a nomination for the Filmfare Award for Best Debut Female. Her next film Luv Ka The End (2011) also bombed at the box office, although Kapoor was praised for her performance.
Mohit Suri's musical Aashiqui 2 (2013) was the movie that catapulted Kapoor towards success. Her pairing with Aditya Roy Kapur was lauded by all and she turned into a star overnight. After playing a guest appearance in the 2013 romantic-comedy Gori Tere Pyaar Mein, she was seen in Mohit Suri's romantic-thriller Ek Villain (2014) and Vishal Bhardwaj's crime-drama Haider (2014). She also had a special appearance in Rensil D'Silva's comedy-drama Ungli (2014) for the song "Dance Basanti".  Kapoor is next slated for the dance film ABCD 2, which has already caused a worldwide rage owing to her casting opposite the industry's latest heartthrob, Varun Dhawan.
On the other hand, born on March 3, 1967, is Shankar Mahadevan. He was born into a Tamil Iyer family. With music bred into him right from the earliest stages of childhood, he was first appreciated for his musical album Breathless in the year 1998 which till date remains one of his best works. He forayed towards music direction and then went on to become a part of the Shankar-Ehsaan-Loy trio. As a composer, he has been a part of some notable Bollywood projects namely Rockford (1999), Mission Kashmir (2000), Dil Chahta Hai (2001), Kal Ho Naa Ho (2003), Salaam-e-Ishq: A Tribute to Love (2007), Rock On!! (2008), Housefull (2010), 2 States (2014) and Kill Dill (2014). He has also lent his voice for numerous Hindi, Telugu, Tamil, and Kannada songs.
Here is a small playlist that reminds us of these two tinsel town celebrities.

BollyCurry wishes the duo the all the luck for their upcoming ventures, with the hope that they successfully add many more feathers to their cap of achievements.
Writer: Pooja B.
Editors: Ritchelle C. and Sonia R.
Graphics: Shikha A. 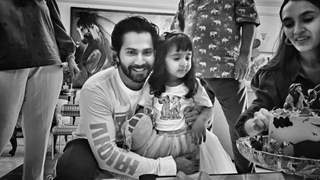 Amitabh remembers 52-years in Bollywood with a special collage: "still ...