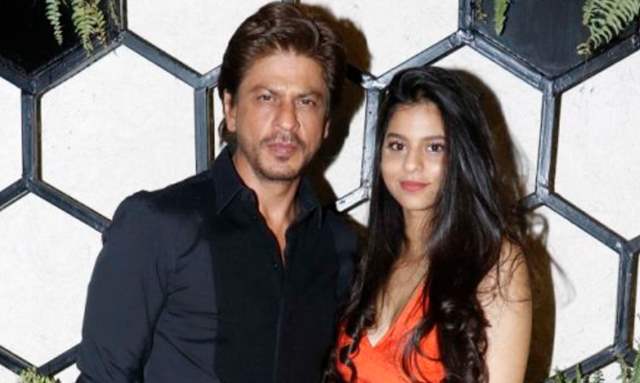 Actor Shah Rukh Khan turns 55 today and he received the earliest birthday wish from his daughter Suhana Khan. Shah Rukh’s daughter took to Instagram stories to share a throwback picture and kick off the celebrations.

The picture shared by Suhana featured her best friend and actor Sanjay Kapoor’s daughter Shanaya. Along with Shah Rukh, she too celebrated her 21st birthday on Monday.

“Happy birthday to my best friends LOL,” Suhana wrote in her birthday post for the last year and reshared the post this year.

Check out Suhana’s story below: 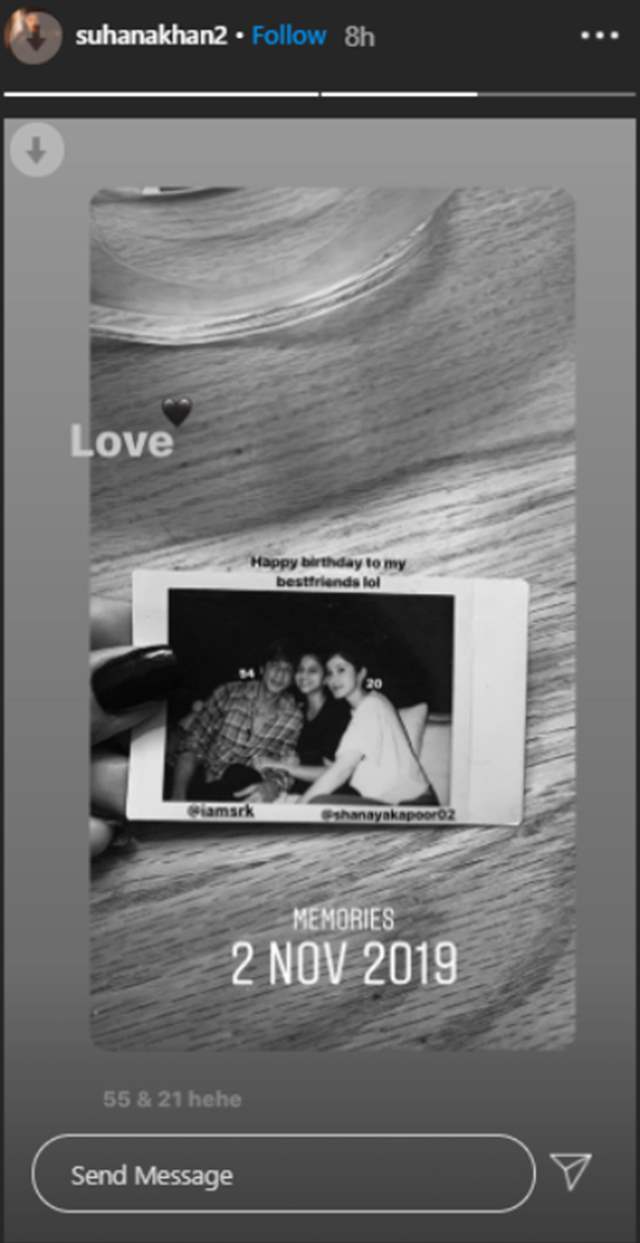 The superstar - also known as the King of Bollywood is loved by millions of fans across the globe is a legend of sorts. Owing to his fandom, the actor’s birthday is nothing short of a big event, and prior to the spread of coronavirus, hundreds of fans used to appear before Mannant (Shah Rukh Khan’s famous bungalow in Bandstand, Bandra) just to see the superstar. Meanwhile, even Shah Rukh appreciated his fans standing in his bungalow and thanking his fans for all the love and blessings.

Sadly, the fans have missed an opportunity for the same, and they won’t be able to see that favorite star on his birthday considering the current COVID-19 situation.

The 55-actor, who kickstarted his career from television series before finally making his debut with Deewana in 1992, has also completed a journey of 28 golden years in the film industry this year.

Meanwhile, on the work front, Shah Rukh Khan was last seen in Aanand L Rai’s Zero alongside Anushka Sharma and Katrina Kaif in 2018. The film tanked at the box office and the actor has since not announced his next film.

Reportedly, the actor will be making an appearance in an R. Madhavan directorial Rocketry: The Nambi Effect. If we are to go by the reports, the superstar will be seen essaying a character of a journalist in the upcoming film.