View Profile
Model turned actress, Anushka Sharma is one of the newest faces in Bollywood; and this young lady is turning 24 years old on 1st of May. 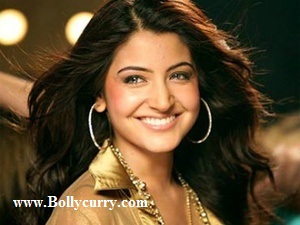 She worked as a model for Wendell Rodricks, then appeared on the big screen, as the character of Taani in the hit film, Rab Ne Bana Di Jodi, in 2008 with the prestigious Yash Raj banner. For this performance, she was nominated for the Best Actress and Best Debut- Female categories in the Filmfare Awards. She later received accolades for her role as Shruti Kakkar in the hit Band Baaja Baaraat in 2010, under the same YRF banner. In December 2009, Sharma started the shooting for Patiala House, her first project outside Yash Raj, with Nikhil Advani. Patiala House was released in 2011 and despite the fact that it has been declared a flop at the box office, Anushka received positive reviews for her acting alongside Akshay Kumar.

In the same year, released her next movie Ladies vs. Ricky Bahl, her second with co-star Ranveer Singh, after Band Baaja Baraat. The film got mixed reviews, but her acting was very appreciated. This year, fans will see her romancing Imran Khan in Matru Ki Bijlee Ka Mandola and in the next Yash Raj untitled project with SRK and Katrina Kaif.

BollyCurry wishes a very happy birthday to the gorgeous beauty and wishes her continued success in the future.