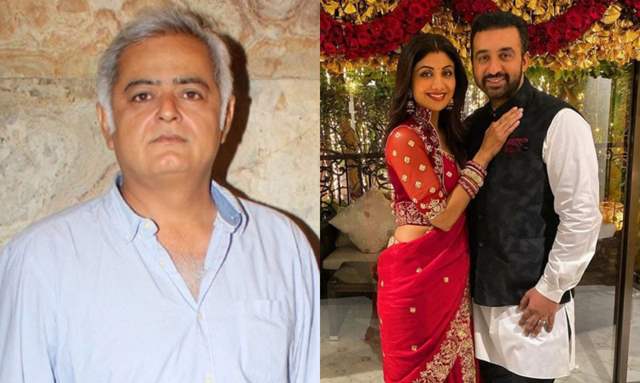 A lot has conspired against Shilpa Shetty since her husband and businessman Raj Kundra was arrested by Mumbai Police Crime Branch in connection to a porn-related case. The actress has been under constant scrutiny from the police officials and so far she has received no clean chit. While the entire industry is mum over the ongoing case, none of the Bollywood celebrities have come in support of the Hungama 2 actress.

Now, filmmaker Hansal Mehta is the first Bollywood Celeb who came out in support of Shilpa. He took to his Twitter handle and asked the media and netizens to leave the actress alone and let the law decide. Addressing the issues Shilpa has been facing, Mehta asked for her dignity and privacy.

“If you cannot stand up for her at least leave Shilpa Shetty alone and let the law decide? Allow her some dignity and privacy. It is unfortunate that people in public life ultimately are left to fend for themselves and are proclaimed guilty even before justice is meted out”, read Hansal Mehta’s tweet.

He also called out the industry people for their deafening silence on the matter and slammed the people who used to be seen at parties with Shilpa Shetty but are now maintaining their distance.

Hansal Mehta wrote, “This silence is a pattern. In good times everybody parties together. In bad times there is deafening silence. There is isolation. No matter what the ultimate truth the damage is  already done.”

He added, “This vilification is a pattern. If the allegations are against a film person there is a rush to invade privacy, to pass sweeping judgement, to character-assassinate, to fill 'news' with trashy gossip - all at the cost of individuals and their dignity. This is the cost of silence.”