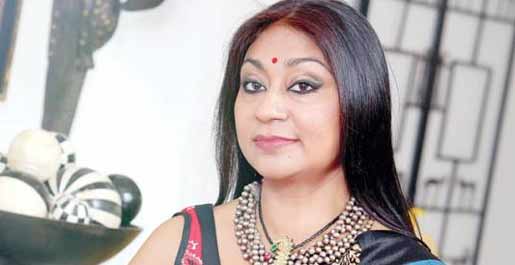 ndia's handloom sector is attached to culture, sentiment and emotion, along with the livelihood of thousands of craftsmen, whose work needs to be preserved, says designer Anuradha Ramam.

She is opposed to change in the Handloom Reservation Act, which since 1985 has protected handloom weaves from being copied by machine-made and powerloom competitors.

"The ongoing talks regarding amendment in the Handloom Act, 1985, will make the situation more worse and it will lose its USP as the original, pure form of fabric, made by weavers by applying their skills and aesthetic sense, which needs preservation not destruction," she said.

It has been speculated that the government plans to amend the Handloom Reservation Act. The news comes against the backdrop of efforts by the powerloom lobby to get parity with the handloom sector, which has called on the government to implement the act.

The designer, who currently supports over 350 weavers and artisans of Andhra Pradesh and West Bengal, feels that "if the amendment comes, the weaving community will lose their source of income and this art will cease to exist".

"According to me, this is a tactic by the powerloom sector which accounts for 60 percent production of fabrics and wants to capture the whole market by converting the handloom (counts 15 percent) sector into powerloom," Ramam said.

"The powerloom sector thinks handloom as an obsolete and irrelevant method, which doesn't have any economic value. They want their products to appear like handmade by realising the huge potential in and outside India."

"I would say it's a business strategy of the powerloom lobbyists to maximise profit by ignoring the age-old traditional handloom sector by putting pressure on the government," said the designer.

Ramam grew up in Haldia, an industrial town in West Bengal. She saw plenty of local artisans pursuing their myriad crafts -- that's what perhaps led to her inclination towards designing.

In the designing field for the past 15 years, Ramam's keen sense of colours, crafts and creativity make her stand out. As a textile revivalist, she is against supporting a law that would take away weavers' livelihood and kill age-old skills.

"The existing act allows the weavers to create magic, and the handwoven yarn to thrive by protecting it from being copied by the powerloom sector," Ramam told IANS, and added that she's unable to understand why handloom is not getting its share in India while it's highly appreciated in overseas market.

"This is the biggest irony of the handloom Industry. Nobody realises how much hard work and effort they put in to create one masterpiece. The charm which a cotton, ikat, chanderi or kantha handwoven sari exudes, can't be reciprocated by machine-made saris," she added.

What matters to her most is that "handloom sector is also attached to our culture, sentiment and emotion along with livelihood of thousands".

"Instead of bringing any amendment in the handloom act, the government should help and encourage the weavers both financially and technologically to take this traditional sector to another level by spreading its charm across the world," said Ramam.

Unconventional, brilliant actors who are underrated and needs some ...