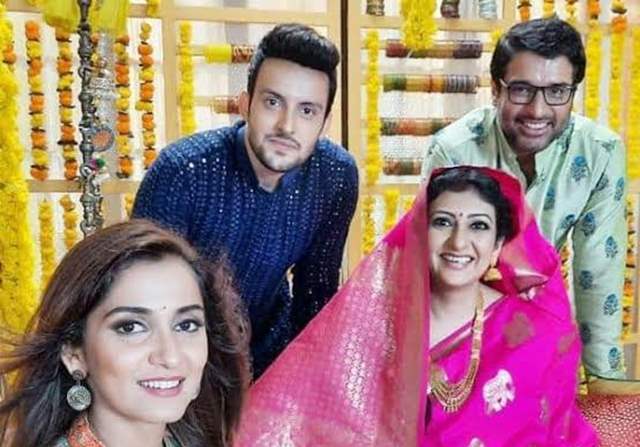 We all know Maharashtra government has imposed a curfew-cum-lockdown and while this has obviously led to an array of restrictions in several industries, one of the worst hit industries has been the entertainment world.

Just like last year, all shoots has been cancelled for the next 15 days atleast and needless to say, it will result in a lot of lives getting affected financially and in many other ways.

However, not all shows have entirely adhered to following it and some of the many leading shows are resorting to shifting their base to another location temporarily.

We already reported how Ghum Hai Kisikey Pyaar Meiin and some Ekta Kapoor shows are shifting to Hyderabad and Goa respectively. Now latest report suggests that the crew and cast of Hamari Wali Good News is shifting base to Manesar, Haryana.

Actor Raghav Tiwari, who plays the male lead in the show spoke about it in an interview with ETimes TV where he said, "Soon after the government passed this order on Tuesday, the production house put their heads together and came up with this solution that the shooting will move to Manesar from April 16 onwards. These are tough times but we cannot stop work and we have seen the consequences of stopping work last year in the lockdown too. While it's important to check coronavirus, we have to find alternatives to keep the show going. The entire cast and crew is flying to Delhi on April 16, and thereafter we will be travelling to Manesar."

When asked why was Manesar chosen as a location, he said, "The exact reason is best known to the production house but all I know is that even Delhi is not safe from the surge of COVID. Manesar being on the outskirts of the city is isolated and safer. We will be building a bio-bubble in Manesar to ensure further safety, not just for us but also for the locals since we will be going there from outside their state."

The show also stars Juhi Parmar, Shakti Anand and others in lead roles.

+ 6
20 days ago They should shut shop instead