Some love stories remain incomplete like some epic ones; Romeo-Juliet, Laila-Majnu and so many others we are not aware about. So one fine day Mohit Suri thinks that he should make one such love story a probable ode to these epic love stories. So he decided to make Hamari Adhuri Kahani. Well let's keep it short. Here's what we liked and we did not. 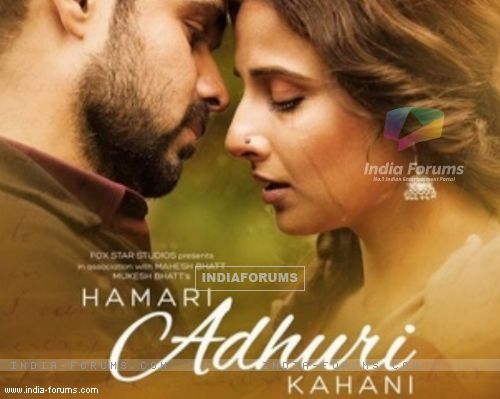 Emraan Hashmi: One would definitely want to think as to why did Emraan even agree to do the film. For a really good and intelligent actor, this movie was a serious lack of judgment. But even so he is a treat to your eyes and any girl would go weak of her knees for him as Aarav Ruparel.

Vidya Balan: She has proved to us time and again that she is a phenomenal actor. Which she does yet again. But this movie could prove to be again a wrong choice. She is powerful on screen but the story kills it for her.

Songs: It's an Emraan Hashmi film, if nothing else works the music always hits the right note. Most of the tracks are melodious but the ones that stay along with you is the title track and Zaroori Tha. Jeet Gannguli and Mithoon put up a beautiful album together. 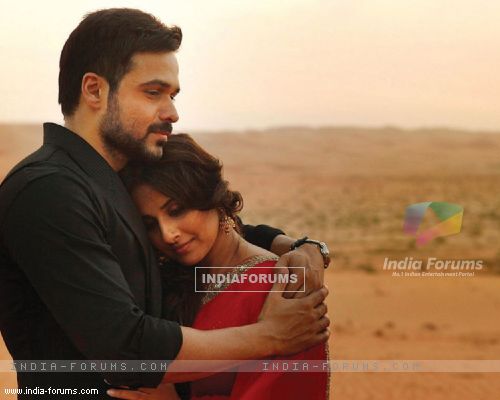 And everything else not mentioned above: So all of you who thought you would have to cry your wits out in the movie, just chill. You will only cry to the decision you took to watch the movie. Otherwise it's a laughter riot. That is only if you get sarcasm very easily, otherwise don't even think about it. The worst part of the entire movie are the dialogues. Come on people why all the melodrama? Each and every dialogue of the film oozes melodrama and after a point Emraan Hashmi tends to become a cheesy. The movie has a run time of two hours and 11 minutes, but everything seems to be going on so fast, that the audience would lose interest eventually. Mohit Suri needs to figure out what he exactly water to show in the film.

All in all the move is a cake kept to bake in an oven, but forgotten to switch on. Was highly disappointed watching this film. Wouldn't recommend you to go for this one, but rather watch some extinct species take over mankind.

3 years ago The story of the movie is not very well but Vidya Balan is a phenomenal actress.

5 years ago "Why all the melodrama?"
It's a romantic drama.
What do you expect?

5 years ago This movie is pure torture seriously! It should be used for torturing prisoners in jail.

+ 3
5 years ago the movie is tragedy but a good movie nonetheless! Vidya, Emraan and the other guy do a great job! the end brings closure, so thats why its good!

+ 5
5 years ago Why do i think IF never give credits to good films..i mean im yet to see the movie but still man take a leap..dnt b so blunt on sumbdy's else work...i knw yu dint do much to write this review other thn sitting nd munch fr those 2hrs and 11 mins..

5 years ago its a mohit suri movie anyway, it had to be a sad ending.
but still gonna watch it ;)

5 years ago i dnt go with this article .. the movie was awesome.. the direction the acting.. vidya balan was superb as always,, rajkumar did a good job and yes yes all the emraan fans shud go nd watch the movie to see the other side of emraan he has vanished her kisser boy image and went vry vry high.. clappings to all the cast and crew, a wondreful story a wonderful nd vry differnt frm nw a movie wth shor sharaba and non veg shits.. hats off to the writers who wrote hats off to the producers and directors who create it so beautifully and hats off to the Actors who played it so smoothly nd vry patiently.. bcz dis story is nt so easy to play wth it... a great appreciation to whole of u ...