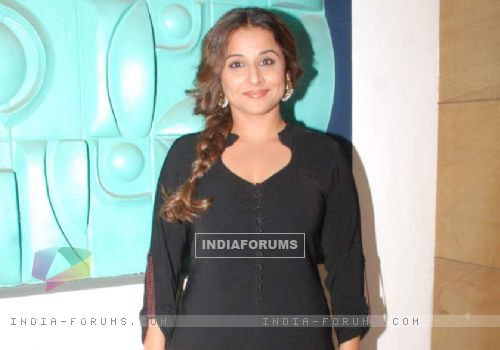 Vidya Balan, who features in a prominent role in the Mohit Suri directorial "Hamari Adhuri Kahani", says it is not a woman-centric film.

"I won't call it a woman-centric film because it's actually a love story. We haven't had an intense love story in a long time. There was 'Aashiqui 2', but it was a younger love story, while this is a more mature love story like 'Silsila' and 'Aandhi'," she said.

The actress, who is working with the Vishesh Films banner for the first time, says she wanted to work with Suri after watching "Aashiqui 2".

"When I walked out after watching 'Aashiqui 2', I told Mohit Suri that I wanted to work with him ... this is for the first time that I have said this to a director. He just smiled because he thought I had got emotional after the movie.

"So, I called (Mahesh) Bhatt saab and told him I want to work with him. But I had just said it spontaneously not thinking that they would actually go ahead," she said.

"Hamari Adhuri Kahani" is a film that questions the societal definition of love and raises pertinent questions whether marriage is the only culmination of love.