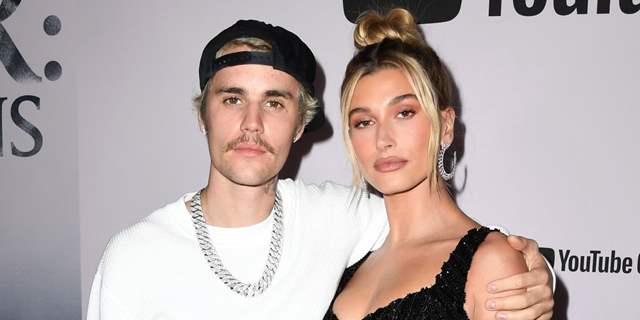 For the latest episode of their Facebook Watch series, The Biebers on Watch, Hailey and Justin Bieber went live to answer questions from fans.

When asked about the sitcom Friends, the couple couldn't help but gloze, noting that it's their favourite show. "We watch Friends every night before we go to bed," Hailey revealed, before adding, “I watched all of the Friends from start to finish when I was single, I watched it every day.”

“It's a good palate cleanser for the soul in the sense of--you know how you have ginger when you have sushi? Same vibe," the "Sorry" singer added.

"I always pictured myself being married young," JB mirrored. "It was always, like, my goal because my family...I came from a broken home, so I always wanted to have my own family.”

On their best and worst aspects of marriage, both agreed that seeing each other every day is a rose, while stealing blankets and a bit of messiness is a thorn.

Watch the full episode below.

Talking about marriage on a digital show, Hailey revealed "I think I'd always hope that he was the person I would end up with anyway so when we got together, it was just like I trust this is what is supposed to be happening," Hailey explained.  "Getting married is not ever to be taken lightly.  It's not a joke. It's very, very serious…It was a very thought out life decision and it took every ounce of my faith in Jesus to step forward in that."

During the sit-down, Hailey explained how she was raised in a Christian household. She would go on to explain the "extra guilt" she put on herself to be the "good girl."

Probably for the first six or seven months of being married, I was just ridden with guilt. I wish I hadn't done this. I wish I had just walked into this clean and free and clean slate but what it taught me is that it's A, not realistic, and B, we all have guilt and we all shame for things we've done but it doesn't have to define who we are and it didn't have to define me in my relationship."

"We went through a lot in the first six, seven months of our marriage. There was a lot going on with Justin's health and for me, taking on a responsibility like that was tough but I also know that God would never put me in a situation that I couldn't handle," Hailey shared. "I've just watched him evolve in the last year and I've watched our relationship evolve in a way that I know was only possible because Jesus is in the center of it."

Through all the highs and lows of life, Hailey believes that her faith has been on her side.

And while marriage has symbolized a new chapter for the couple, Hailey is proud to see how much their love story has evolved.