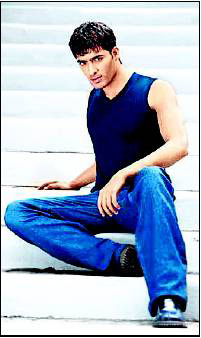 In recent times, Star Plus's Saarthi has gone thru some major changes, starting with replacing Bhoomika’s character, to killing off Arjun (Karan Grover) and then by introducing Shyam (Manav Gohil). In another attempt to make it to the TRP charts, Saarthi will now be witnessing a new entry in the show. The Kahiin Toh Hoga protagonist - Gurpreet Singh makes a come back to Indian Television, as Rudr, Bhoomika’s love interest in Saarthi.

While, Gurpreet remained unavailable for a comment, the Telly Buzz team spoke to the leading lady her self - Jhalak Thakkar, who confirmed about Gurpreet’s entry in the show. “It is true, Gurpreet will be joining the show, he hasn’t started shooting yet, he‘ll join us probably by the end of this week. He will be playing a character named - Rudr, who will be opposite Bhoomika. There will be a major love triangle story track, between Shyam, Bhoomika and Rudr. I cant reveal much about the story line as of now, but yes, there will be some sort of rivalry between Shyam and Rudr shown due to the love stories.” When asked if Gurpreet will take over the position of the male protagonist of the show, Jhalak replied, “I guess so, I am not sure what’s in store for the long run, may be he might be the new protagonist of the show.”

Jhalak, who has been portraying the role of Bhoomika, seems to be bubbling with excitement for the new story track, “Its been so much doing the role of Bhoomika. I’ve been here for just few months, and I have played a sad widow, a bubbly extrovert - Devika Parikh, then a mother, and someone’s wife, and now the added element of a fresh love story, sounds truly exciting.”

We wish Gurpreet the very best for his come back on Indian Television. Will his entry save the lowering TRPs of Saarthi? Will the audience be able to accept Bhoomika and Rudr as a couple? Does this mean that Manav Gohil might make an exit from the show post the love triangle? Well, for that tune in to Saarthi, Monday - Thursday at 2:00pm on Star Plus. 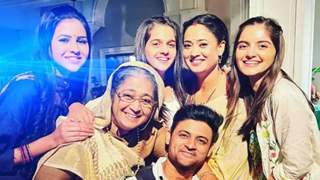 15 years ago That's great, now along with Manav there's Gurpreet! That should make the show a little more interesting.

will watch saarthi for him

15 years ago All the best Gurpreet