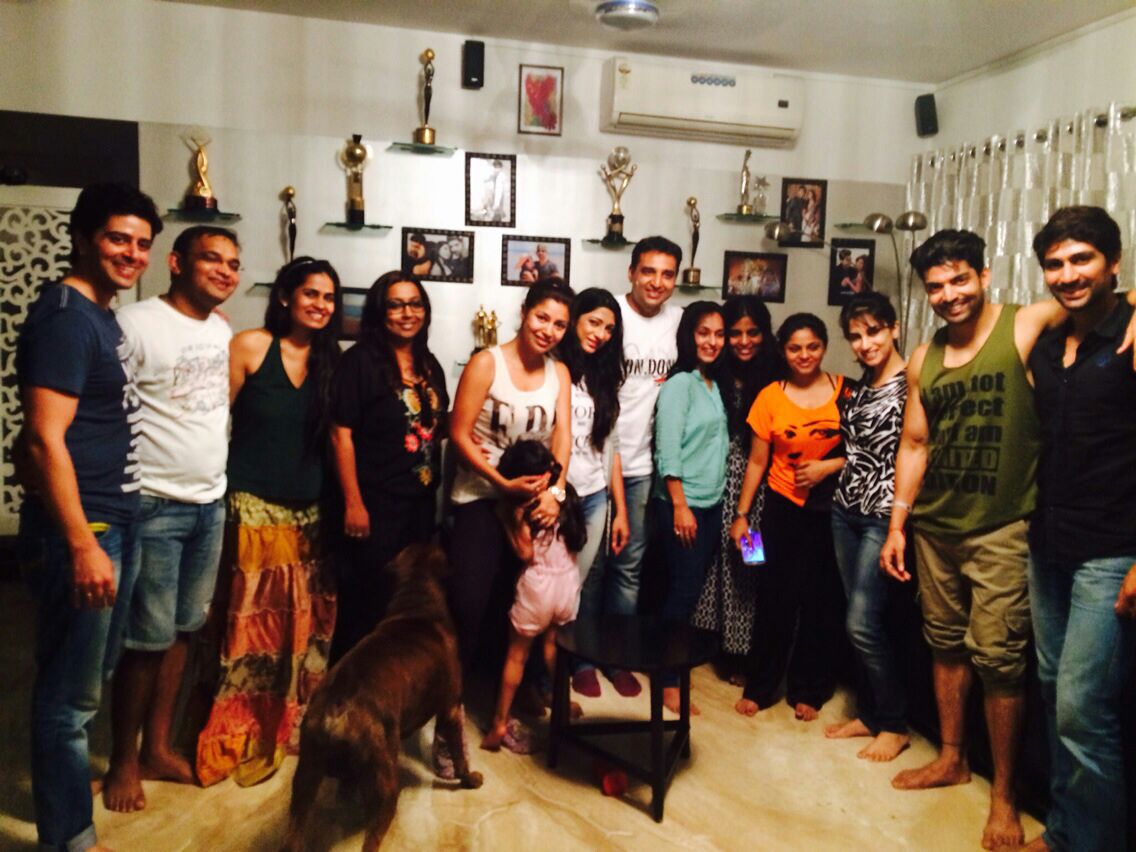 Actor Romanch Mehta who has acted in many TV shows, is currently seen in Life OK's popular show Devon Ke Dev. Mahadev celebrated his birthday recently with his close friends. Among his friends popular actors Gurmeet Choudhary and Debina Bonnerjee Choudhary too joined in for the celebrations.

Gurmeet Choudhary along with his wife Debina Bonnerjee Choudhary and Romanch's girlfriend Sangeeta Kapure threw surprise party on the occasion of his birthday. Gurmeet Chowdhry and Romanch are very good friends as the duo have acted in NDTV Imagine's popular mythological show Ramayan. Gurmeet and Romanch have been good friend ever since the show ended.

TellyBuzz contacted the birthday boy Romanch and he excitedly says, "On 14th night Gurmeet called me up to come at his place and he had switched off the lights. I could see only a dim light and a candle on the cake. I was overwhelmed with the surprise as I met him after a long time. We celebrated my birthday at night and the next day went out for a dinner."

Well indeed nice to receive a birthday party from Gurmeet and Debina.

GC_alt 6 years ago stay focused on what u r doing n try 2 stay as fit n lovable as u r now... GURMEET CHOUDHARY.

NG.MAAN 6 years ago No doubt romanch has got a great frnd like Gurmeet... love u GURMEET CHOUDHARY, gchot011 6 years ago U R MY ROCKSTAR GURMEET CHOUDHARY... KEEP UP UR ROCKING WORK. MISS U SO MUCH.

LOVE U SO MUCH GURMEET CHOUDHARY. U R TOTALLY AWESOME.