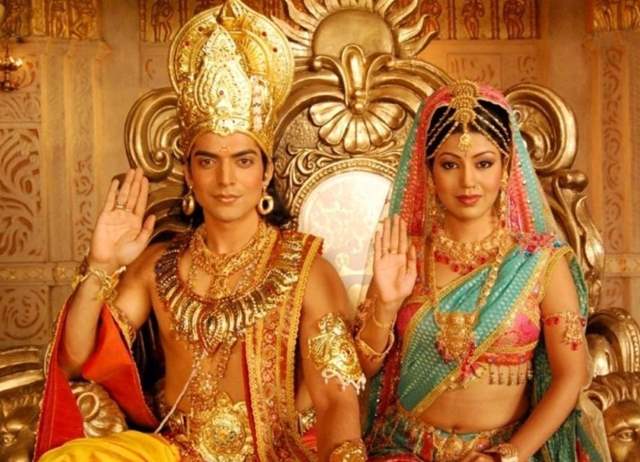 The lockdown forced channels to look at entertaining the audience with best of shows from the past. Viewers were hooked on to mythological content during this period. With the relaxation of lockdown amid strict guidelines, shows across channels started their shoots in a phased manner. Week 29 as per BARC data is the second full week where GEC’s entertained audience with fresh content post the commencement of production for new episodes. While the total viewership of television has increased, some re-runs of old shows still are ruling the roost. Anand Sagar’s Ramayan starring Gurmeet Choudhary and Debina Bonnerjee for the second consecutive week has been the top watched show by the audience across India.

Talking about the continued love and support the couple has received for the show, Gurmeet said, “Ramayan is a very special show for us as it was the first time the audience watched me and Debina together. It is after this show that we both became real life Ram & Sita. The love and appreciation we recieved from the fans for the show was tremendous. If this show hadn’t been made, my Bollywood journey wouldn't have started as this show’s immense appreciation helped me get into Bollywood. It's been more than 8 years since the show began and we are still recieving so much gratitude from our fans. This lockdown helped in getting the audience to watch us all over again and they made it number one. We are really humbled by such an amazing response and would like to thank everyone who loved it.”

Gurmeet has an interesting project titled 'The Wife', a super natural thriller film expected to release by end of this year.

Ramayan, the epic tale of promises and ideologies is aired every evening at 7.30pm and repeat telecast at 9.30am the following day only on Dangal channel

RamKiSeeta 2 months ago It really makes me happy that all these classic mytho shows are being watched and loved by the audience. <3