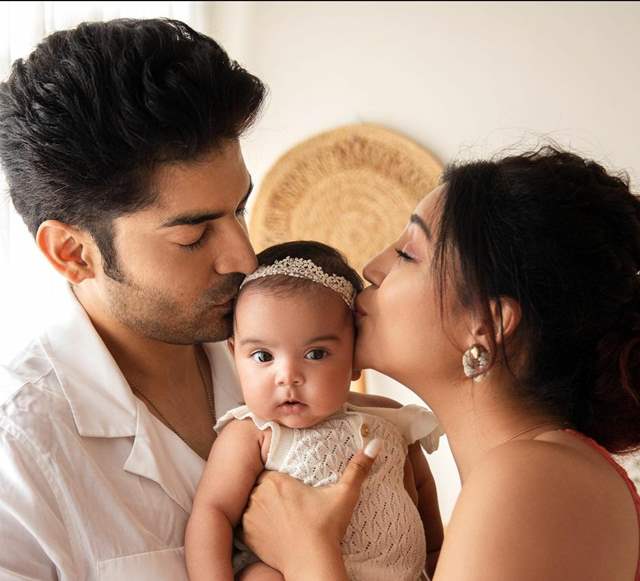 Adopting parenthood has been a rather common factor in the entertainment industry in the last couple of years especially. An array of couples ranging from the small screen to the big screen have welcomed their little ones. A part of this list has been the likes of Gurmeet Choudhary and Debina Bonerjee. The couple welcomed their daughter last year and all this while, they have veen sharing images and videos but never revealed her face up until now.

The couple went on to introduce Lianna to the world as they captioned the post, "Introducing lianna… our heart united into one. Our hearts are so full - knowing that we are part of a beautiful community of such genuine people.. who prayed for her and waited and longed to see her face."-

The couple can be seen planting a kiss on their little one with all the love as Lianna looks at the camera with immense innocence as she looks absolutely adorable.

Indeed the parents seem to be enjoying parenthood. On the workfront, Choudhary was last seen in a couple of music videos like Tumse Pyaarke and Kuch Baatein.

When it comes to Bonerjee, the actor was last seen as a guest on Bigg Boss 15.

+ 8
4 months ago aww what a cutie. looks just like her papa.