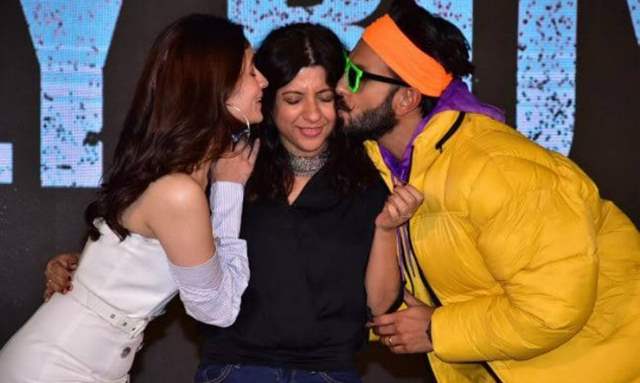 Ranveer Singh and Alia Bhatt starrer Gully Boy continues to be a celebrated film even months after its release. The exciting piece of news about the film getting nominated as India’s official entry for the Oscars in the Best Foreign Language Film category had left the entire cast and all fans overjoyed and beaming with happiness.

However, fans were disheartened when Gully Boy did not make it to the final list. A few days ago, The Academy of Motion Picture Arts and Sciences had announced the shortlists in consideration for the 92nd Academy Awards which did not include Gully Boy. The ten films that made it to the list are The Painted Bird, Truth and Justice, Les Misérables, Those Who Remained, Honeyland, Corpus Christi, Beanpole, Atlantics, Parasite and Pain & Glory.

Reacting to this sad news, director Zoya Akhtar expressed her disappointment and stated, “It is upsetting in the sense that people say, 'Oh s***t, it didn't make it!' It was disappointing, but what can one do? You move on to your next film. We went through the entire process. But one doesn't know how the system works there. The people there are not fully aware either as the system keeps evolving. You have to rely on the publicists to guide you,” in an interview with Mid Day.

She also added that her film, Gully Boy has been seen by 10,000 American critics, which has opened new doors not only for her but also for the industry.

Talking of Gully Boy, the musical drama film highlighted underground rappers and the social issues and life in Dharavi. Besides Ranveer and Alia, the film featured  Kalki Koechlin, Siddhant Chaturvedi and Vijay Raaz in supporting roles, who were lauded for their impressive performance in the film.

Directed by Zoya Akhtar, and produced by Ritesh Sidhwani, Zoya Akhtar and Farhan Akhtar under the banners of Tiger Baby and Excel Entertainment productions, Gully Boy emerged as the seventh highest-grossing Hindi film of the year, with a global collection of ?238 crores.

Re-entry of This character in Mere Sai!
8 minutes ago

Rubina Dilaik On Participating in Nach Baliye 10 With ...
15 minutes ago