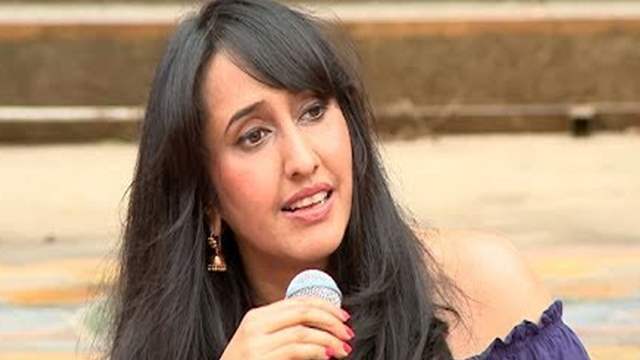 Gul Khan, the maker of unconventional shows like Iss Pyaar Ko Kya Naam Doon, Kulfii Kumarr Bajewala, and Ishqbaaaz, recently announced her new show on Star Plus, titled Imlie. And now, the producer shared a promo of her another show on Colors.

The show is titled Namak Ishq Ka. Gul Khan shared the promo on her social media.

The show will feature Shruti Sharma who rose to fame with Gathbandhan and was last seen in Nazar 2. Gul likes Shruti as an actress and performer. The duo couldn’t work together in Nazar 2 due to its abrupt end because of COVID- 19 pandemic and hence, for the new show, the makers have roped in her as the main lead.

It has also been reported in the media that Vishal Aditya Singh, who was last seen in Bigg Boss 13, has been approached to play the male lead in the show.

Neon9 2 months ago Is this a hindi gec show ka promo or some bhojpuri night show ka announcement. So cheap ! 😂😒

pyar-ishk 2 months ago OMG I'm so thorn because I'm a fan of Vishal and would be happy if he got it. Gul really need to invest in serials title

ChickenSoup 2 months ago Can this moron think of anything other than Ishq?? Ridiculous!

Sense9 2 months ago This looks.... cheap. The dialogues esp are very crass. And to think it'll be aired on Colors. idk I have a bad feeling about it.

Juhi_04 2 months ago How many more serials this Gul-Bull is making? 1st Imlie, then 1 Sony show coming and now this.