You are here :
OVERVIEW ABOUT CAST FORUM
4
NEWS 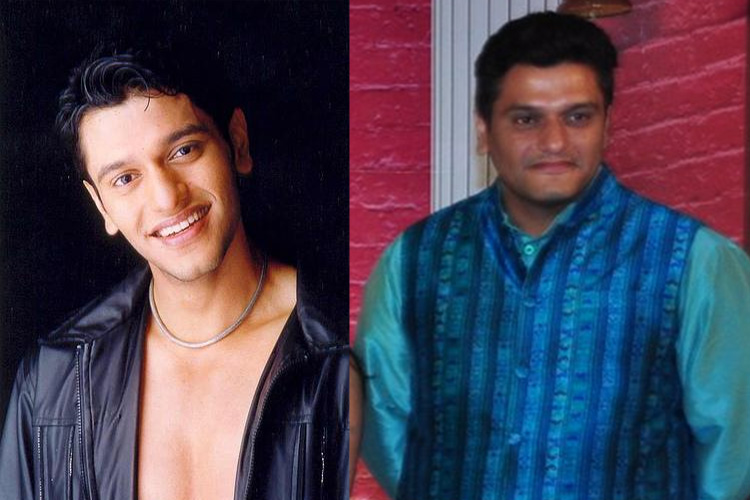 From the fiery young lad Veer Pratap Singh in the show, 'Yeh Dil Chahe More' to a chachaji' in the upcoming show, 'Vishkanya', actor Amit Khanna's life has been through a one-of-a-kind journey in the course of time.

The actor has a successful debut on television followed by a notable role in 'Karam Apnaa Apnaa'. But, then followed a major sabbatical of about seven years. Amit makes his comeback with 'Vishkanya' and in a vis-a-vis conversation with the actor we ask him about the reason for making a comeback with this show, his views on his cousin counterparts and details about his role...

So Amit, people remember you as the debutant actor from the show, 'Yeh Dil Chahe More'. And this is a comeback for you to acting after such a major sabbatical. What prompted you to come back with this show?

There is this philosophy I follow, karm kiye jaa (do your deeds), but can't say the rest that phal ki iccha mat kar (don't worry about the result) (laughs). Because, the result is what we are here for, after all. And acting has always been my first love. Since childhood, I have been acting and that itself is a big reason for this comeback. I am thankful to this show and the makers. It is an entertaining role and I hope I do total justice to it.
In the whole period of time when you were off acting, you did some writing and ventured into other stuff. You also gained some weight in the period. So, how do you feel about being a young debutant some years back to now coming back in the role of a 'chacha'?
I can console myself by saying that, chacha ki bhi zindagi hoti hai (even an uncle has a life) (laughs). Just kidding, but yes, back then I was very young and did some roles which suited in that period. Now, I am all grown up, mature and probably more intellectual. So, now, I want to work with much more stability. I am in the process of losing weight and have lost around 10 kgs already. More to follow, for sure..!
You belong to an illustrious family of actors which include Krushna Abhishek, Aarti Singh and real sister, Ragini Khanna are all into acting and are doing great in their respective fields. So was it the pressure of hailing from such a family that made you want to come back to acting?
I just want to work and fiction space is the best option for me. I always wanted to be an actor and any role I get, I want to do total justice to it. That solely is my biggest motto. I hail from a family of major actors who are doing brilliantly in their work, but that isn't a reason for me coming back to acting. Individually, I am happy that I am back.
About your role in 'Vishkanya', tell us what kind of shades does it have to it?
All I can say for now, that is it extremely entertaining. There certainly are different shades and I just hope that the level of entertainment I am trying to provide to this role, the people will like it. As you said, there is this niche audience which remembers me as that young actor and have probably followed the 12 year old journey of mine, now, I want to entertain them and many more now.
Krushna is a superstar comedian now and is doing great in reality shows, so, do you plan to venture into reality shows apart from fiction, now that you are back on the tube?
Absolutely, Krushna is an amazing artist is doing a fantastic job making people laugh. However, when it comes to me, I totally believe in the saying of 'one at a time'. So, currently this is on my task list and I want to completely concentrate on it. It is my sole focus currently and once this is accomplished, I will think on other aspects.

We wish the actor All The Best for this comeback..!

6 years ago I might be the only one, but I loved Yeh Dil Chahe More so much!! Glad Amit is back.

+ 4
9 years ago Wish Sushant Singh Rajput and the rest of the entire KPC cast all the very best.