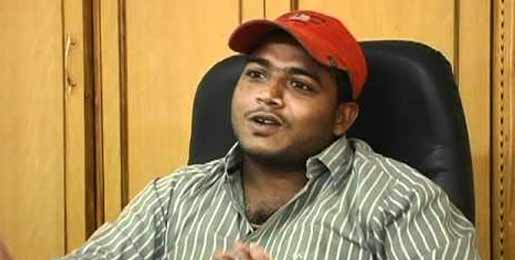 Filmmaker Sagar Chandra says his next Telugu directorial "Appatlo Okkadundevadu", which is based on true events, will be predominantly shot using guerrilla style as a lot of shooting will take place in real locations.

"Most of the film's shooting will take place in live locations of old Hyderabad. It's impossible to go there and shoot as a film crew. Hence, we've decided to use guerrilla style to shoot. It's going to be tough, but that's the only way to do it," Chandra told IANS.

"One of the reasons I'm planning to cast mostly newcomers, including the heroines, is because I can easily shoot with them in real locations," he said.

The film features Nara Rohit in the lead, while Sri Vishnu plays one of the leads.

It is based on events that transpired between the years 1992 and 1996 in Hyderabad.

"It's inspired from true events that happened during this time period. I have fictionalised these events for the screen. It's partly based on a crime biography. I can't reveal more at this moment," Chandra said.

"The story will revolve around Rohit and Vishnu. We're on the lookout for two heroines. We're also in talks with a popular Kannada actress to play the role of a sister. We should be able to finalise the cast in a week's time," he added.

He adds that recreating the bygone years will be a major challenge.

"The entire topography of Hyderabad has changed. Its people have also changed. I need to keep all that in mind when we start shooting. It will be tough to make a 100 percent foolproof film, but we'll try our best to do justice to the time period in the story," he said.

The movie will be officially launched in the first week of June, followed by regular shooting.