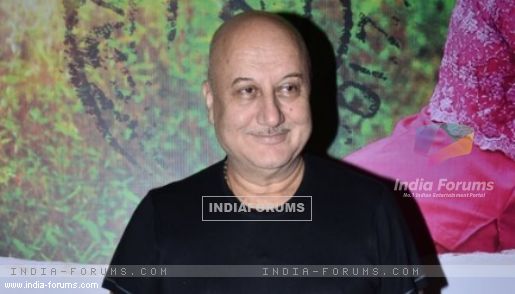 Actor Anupam Kher is deeply concerned about the alarming flood situation in Jammu and Kashmir which has so far taken over 200 lives, though not as a Kashmiri but as an Indian.

Reasons Anupam, "Why must we react to a calamity according to our antecedents? For me, a flood situation in Kashmir is as much a matter of concern as in Bihar or Assam."

"When the Tsunami happened it swept all of Japan in its waves. The Japanese are known to be so well planned and meticulous, but they were not prepared to deal with the Tsunami. Nothing prepares us for nature's fury."

Having said that, Anupam admits he has relatives in Kashmir whom he is worried about.

"My first cousin is in Jammu and he sent me a picture of his brand new expensive car submerged in water. It's destroyed completely... The destruction of property and assets during these devastating floods is very disturbing," said the actor.

"But worst is the destruction of human lives. People are without food, homes have been swept away. Rescue operations are on. I have to say the army is doing a fine job. We can only pray and hope for the best," he added.