A Bollywood actor's career is filled with peaks and lows and very few lucky ones have been able to scale the top after being at the lowest. This week, BollyCurry presents to you the movies that revived the careers of actors that had their stars dimming low!
Dil Chahta Hai (2001) : Saif Ali Khan 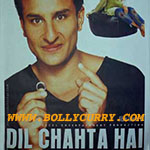 The early years of the Chotte Nawab's career had nothing noteworthy, except for a few hits delivered via multi-starrer movies. Fast forward to the year 2001, almost 8 years of struggle and with more than a dozen flops in his collection, Khan was back with a bang in Farhan Akhtar's Dil Chahta Hai (2001). Although this too, was a multi-starrer, all three lead actors had their share of spotlight and Khan's character adored by many. His career graph took a turn for the better and he went on to win quite a few accolades - including Filmfare award for Best Supporting Actor (2004), National Film Award for Best Actor (2004) and the prestigious Padma Shri honor (2010).
Jaane Tu Ya Jaane Na (2009) : Genelia Deshmukh 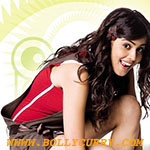 Genelia Dsouza debuted in Bollywood with Tujhe Meri Kasam (2003), an unfortunate disappointment at the box office. That resulted in her shifting to regional language movies down South. Through that, she was able to attain stardom with her impressive performances in both Tamil and Telugu movies. The queen of chirpiness virtually had a re-launch in Bollywood with Jaane Tu... Ya Jaane Na (2009), opposite a then-newbie Imran Khan. The movie was declared a super-hit and Mrs Deshmukh had finally revived her flagging Bollywood career.
Dhoom (2004) : Abhishek Bachchan 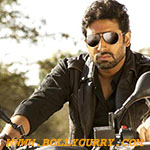 The abysmal reception for Abhishek Bachchan's debut movie Refugee (2000), was a sign of things to come. The expectations the audience had from Big B's son never matched with the performances he delivered in the movies that followed. Over the next three years, Bachchan starred in around twelve movies, almost all of which were poorly received. The long run of flop films came to a halt with India's first bike-heist movie - Dhoom (2004). Bachchan was finally able to carve a niche of his own and now has a handful of hit movies in his kitty, namely Bunty aur Babli (2005), Guru (2007), Dostana (2008) and Bol Bachchan (2012).
Aashiqui 2 (2013) :  Aditya Roy Kapur and Shraddha Kapoor 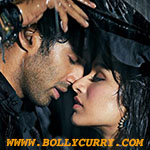 Aashqiui 2 was the new lease of life that its lead actors, Aditya Roy Kapur and Shraddha Kapoor might have fervently hoped and prayed for. Roy Kapur had done three films since his debut in 2009 and all three of them were unsuccessful. Kapoor too had suffered a similar fate with her initial movies. Aashiqui 2, remake of a popular 90's movie, turned out to be a commercial success and the lead pair became superstars overnight. They followed it up with some critically acclaimed performances in hit movies, such as Roy in Yeh Jawaani Hai Deewani (2013) and Kapoor in Ek Villain (2014).
Koi... Mil Gaya (2003) : Hrithik Roshan 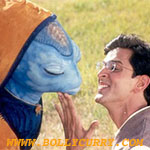 After a dream debut in Kaho Naa... Pyaar Hai (2000), Hrithik's star status was on the wane after a series of dismal performances in forgettable movies such as Aap Mujhe Achche Lagne Lage (2002), Na Tum Jaano Na Hum (2002), Mujhse Dosti Karoge! (2002) and Main Prem Ki Diwani Hoon (2003). He made a powerful comeback with home production Koi... Mil Gaya (2003), which became a blockbuster in India and overseas; Roshan was finally back in the game. His career was on a steady rise again and he further strengthened it by featuring in many more hits, some of which are Krrish (2006), Jodhaa Akbar (2008) and Zindagi Na Milegi Dobara (2011).
Generally everyone no matter their field has to go through their share of struggles and tribulations. Similarly Bollywood being one of the largest film industries of the world is a place where more often than not, every artist goes through highs and lows in their journey to fame. Those who are able to change that graph with a single film which helps them revive their career surely have their lucky stars to thank. Actors such as Deepika Padukone with Cocktail (2012), Kangana Ranaut with Queen (2014), Shahid Kapoor and Kareena Kapoor with Jab We Met (2007) or Salman Khan with Tere Naam (2004) are few additional fine examples of this.
Bollywood is a place where lady luck seems to change sides in the blink of an eye and there are many actors and actresses who have gained success after long stints of struggle. The struggling aspirants of today can sure gain inspiration from some of the big names featured in this article. They are proof enough that when the going gets tough, the tough get going! Time and again many famous faces have proven that if you make your job a passion and continue to work hard you will surely be rewarded. Don't forget to mention anyone that fits into this category that we might have missed.
Have a suggestion or comment for BollyCurry? Drop us a PM at BC_Dropbox today.
Writer: Aishwarya S.
Editor(s): Harjot D., Komal P. and Hershi J.
Graphics: Komal P.
7 Likes