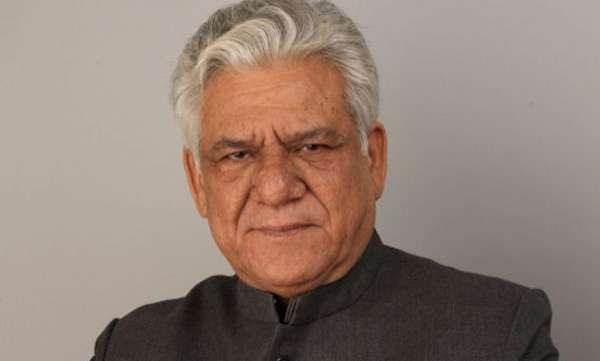 Veteran actor Om Puri, whose upcoming political satire "Rambhajan Zindabad" is about how a lower caste daily wager misuses a government scheme, says corruption in the system seeps in during the execution of the plans that are meant for the benefit of people.

"Our government makes such useful, compassionate schemes with good intention for underprivileged people, but the problem starts during the implementation and execution of the process. From politicians to government employees and common people, everyone gets involved in that process, and that is how the main purpose of the scheme loses its focus," Om Puri told IANS here.

He said the idea behind making an issue-based film like "Rambhajan Zindabad" is to create awareness among common people.

"If you come across one corrupt government employee, instead of compromising, deal with them, file a complaint against the person and don't take a short cut. The power is in the hand of common people... If we fight it, with time, corruption will get abolished," added the critically acclaimed actor.

Featuring Kulbhushan Kharbanda, Seema Azmi, Ram Sethi and Shweta Bhardwaj among others, the story of the film revolves around village Chiraunji in Uttar Pradesh and shows how lower caste daily wager Rambhajan, who wants to earn more money, tries to misuse a government scheme and faces cast politics and corruption.

Om Puri is one of those actors who has balanced their career between art house, mainstream and international films.

He has worked with Kulbhushan Kharbanda for long.

Asked about how they have evolved, he said: "I know him from our early days, from around 1979, I guess. We used to stay in the same building as paying guests. So yes, it is a long journey. He is a very humble man and a wonderful actor to work with. We worked on many of Shyam Benegal's films together."

The veteran actor, a recipient of Padma Shri, started his journey as an actor with a Marathi film "Ghashiram Kotwal" in 1972 and continued acting in films like "Aakrosh", "Ardh Satya" and "Arohan" among others and won Filmfare Best Supporting Actor Award and National Film Award for Best Actor respectively.

As he has worked with many iconic directors like Shyam Benegal, Govind Nihalani and Satyajit Ray to name a few, when asked about his view on independent cinema, Om Puri said: "There are two kinds of cinema -- one is just for entertainment, the other touches your heart. Both have their own purpose -- a big-budget film earns lot of money and producers utilize that earning to make another big film, with is great."

"For me, the real hard-hitting cinema was between 1980s, 1990s where Shyam Benegal, Govind Nihalani, Basu Chatterjee, Mrinal Sen and Gulzar made some remarkable films. My contribution as an actor will be visible once I leave this world and the young generation, especially film students will watch my films."

"Having said that, I must say that mainstream Hindi films taught Hindi to the entire nation -- whether all Indians can speak fluently or not, they understand it all. Isn't it a good sign?"