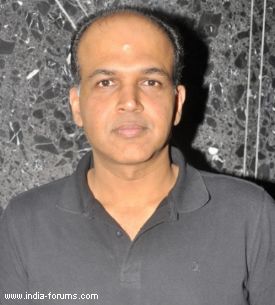 Filmmaker Ashutosh Gowariker returns to the small screen with a new show titled "Everest". He has teamed up with a mountaineering institute in Uttarkashi for it.

Gowariker, who is producing the show under his banner Ashutosh Gowariker Productions Pvt Ltd, has collaborated with Nehru Institute Of Mountaineering (NIM), Uttarkashi, Uttarakhand, which will train the lead actors of the show.

He expressed his gratitude towards the Ministry of Defence, government of Uttarakhand and Col. Ajay Kothiyal, principal NIM, for their support.

"This is my first visit to Uttarakhand. I am amazed to see the picturesque beauty of Uttarkashi. Despite the tragedy that befell this entire region, it's heartening to see the way the people of Uttarkashi have come to terms with it and life is once again normal. I am happy to be shooting here for the next two months after which we will move to Nepal," Gowariker said in a statement.

Last year Uttarakhand was hit by natural catastrophe where hundreds of people died and thousands went missing in flash-floods and landslides.

"Everest", which is also conceptualised by the "Swades" director, will revolve around a young boy who dreams of scaling the highest peak in the world.

This is not Gowariker's first tryst with TV, he acted in the 1987 popular TV series "Kachchi Dhoop", which was directed by well-known actor Amol Palekar and also starred Bhagyashree.