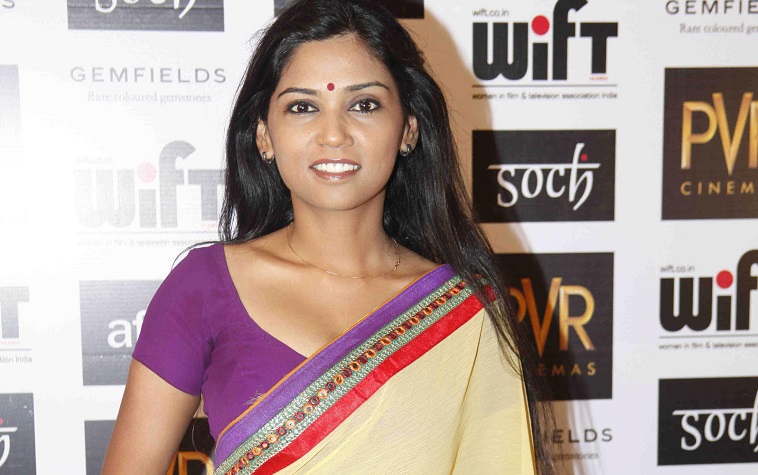 Actress Usha Jadhav, who plays notorious dacoit Veerappan's wife Muthulaksmi in Ram Gopal Varma's "Veerappan", said she got injured while filming action sequences on the first day of the shoot.

"That was challenging for me as I'm not habituated to it. I got hurt on the hands and legs and it was bleeding, so it was physically challenging," said Usha in an interview.

But she says she was "very excited" to play the character and "also to work with Ramu sir as I always wanted to work with him".

"His research for every character is of several years, so he told me about the story of Muthulaksmi and Veerappan in detail. I read about Muthulaksmi on Google, I saw her photographs, saw her interviews to get an idea, so it was a combination of Ramu sir's research and my research."

Usha had started her journey in the industry with a small role in Madhur Bhandarkar's "Traffic Signal" and has also acted in "Striker" and "Bhootnath Returns". But her most notable work has been the Marathi film "Dhag" for which she won the National Award for Best Actress.

Varma, who is known for highly-acclaimed films like "Satya", "Rangeela", "Bhoot", "Sarkar", and "Company" is going through a lean phase recently with numerous flops. But Usha is optimistic.

"What I got to learn was that Ramu sir's filmmaking is different, he makes different films, he used to make cult cinema, people are saying that he is coming back and I'm very happy that we are a part of this film," she said.

"Veerappan" releases on May 27.

Neetu Chandra Bags a Role in Hollywood Film, 'Never Back Down: Revolt'