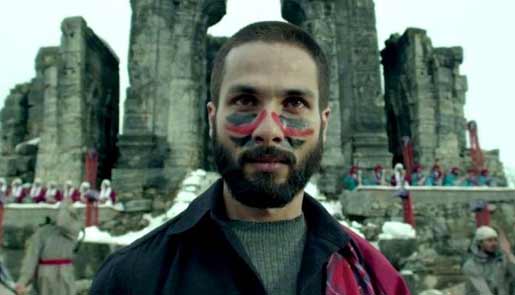 Actor Shahid Kapoor's Kashmir based drama "Haider" has crossed the Rs. 50 crore mark at the box office and he says good content always find an audience.

"We didn't know what to expect from 'Haider', we just knew it's a unique film and we wanted to do it. When it got ready, we felt it was an honest film," Shahid told IANS in an interview.

"We had faith, trust and pride because it was not an easy film to make. It's been amazing so far. We were waiting for the audiences' response, but we knew it's not an out and out entertainer so this kind of appreciation from the audience is great.

"I have always believed that good content will always find an audience. As an actor you have to take risks and do a film like 'Haider' and when it works, you feel cool about it," he added.

The quintessential Bhardwaj film adapted from one of Shakespeare's most powerful and influential tragedies - "Hamlet", was supported by other powerful performers in the cast - Tabu, Kay Kay Menon, Irrfan Khan and Shraddha Kapoor.

The critics have raved about Shahid's performance in the film and said that he was the show stealer in the film.

When asked which was the best compliment he got for his performance, he said: "A lot of compliments... Irrfan saw the film and he tweeted about it. Kay Kay called me and said I didn't know you would do so well. My father said you have done a good job and that's the biggest compliment.

"Vishal said he would not have made the film without me. All these things make you feel special," said Shahid who has tasted success after a long time.