New Delhi, Jan 26 (IANS) England's 'Virgin Queen' will walk down the country's fashion street in a 'sari, a 16th century British hat and a clutch bag' at the Lakme India Fashion Week!

As designers across the country firm up their caches for the gala in Mumbai March 29-April 4, Delhi-based fashion designer Sanjay Malhotra will make the 16th century British empress Elizabeth his muse.

Sanjay, who is designing 60 ensembles for the event, will unveil his Lakme Fashion Week blueprint Tuesday.

'There are two concepts I am experimenting with this time - the regal Elizabeth and her awesome golden age clothes, accessories, jewellery and ambience; and the city of Paris, the capital of haute fashion with its bright lights, romance and exotica,' Sanjay told the IANS.

Why Elizabeth? It was an era of high fashion, explains Sanjay. 'There was a lot of glamour, expensive looks, gorgeous fits most of which were hand-fitted. It will be a pleasure to recreate contemporary Indo-Western versions of Elizabethan clothes.'

The designer, who has clothed several top models and has a global clientele, allowed IANS a sneak peek into his Lakme portfolio this week.

The highlight of Sanjay's Lakme-wear line will be the Indian 'sari', a corset choli paired with a 'Golden Age' hat (with feathers, lace, trims and frills) and a classical clutch bag.

The designer has experimented with 'saris' before. 'My models have worn saris with neckties and with cut pallus (the looping shoulder drape split into two). I have created saris in combinations of net and georgette; and in print and solid textures with heavy embroidery,' said the designer.

He loves the natural drape of heavy five-yard silks on a woman's body - rejecting the stitched sari-dresses made popular by a clutch of contemporary Indian designers for Western buyers at fashion shows.

His gowns and dresses will be traditionally 'Golden Age' - reminiscent of 16th century British courts.

'The ball gowns and the dresses will have a lot of flounce with several layers, ribbons and high necks with corseted tops and flared bottoms,' Sanjay said. The designer, who loves the corset look, will use tulle, taffetas and all conceivable variety of lace to bring out the Elizabeth effect on heavy jamevar, tanchoi and brocade silks; and of course bits of satin fabric.

The embroidery will be subdued with liberal use of French applique work. The shades will be black and purple for the evenings and beige, ivory and gold for day wear, Sanjay said.

For the Evening in Paris look, the designer is working on A-line suits, maxi-style (long) dresses with cut-on panels and a variety of jackets.

'Call me a fine fabric guy,' says the designer who feels it's the fabric that makes a dress, not its cut or stitch. 'Heavy silks are the best because they have natural drapes,' Sanjay said.

Lakme Fashion Week, an annual fashion showcase, is hosted jointly by cosmetics major Lakme India and the IMG, one of the world's largest sportswear, lifestyle and entertainment company.

It is one of the country's biggest spring fashion fiestas, along with the Wills Lifestyle India Fashion Week, showcasing collections by top designers from India and abroad and is awaited keenly by the industry every year. Leading Bollywood actresses and models walk the ramp to show off pret and couture ensembles. 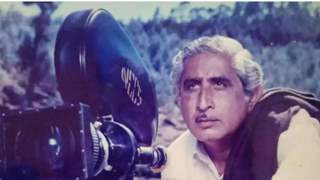 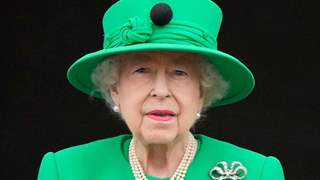