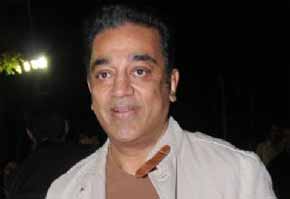 Versatile actor Kamal Haasan is proud of the fact that his daughter Shruti Haasan has carved a niche for herself in the showbiz industry, without the support of father.

"I am very glad I didn't launch her. I want her to walk back home as a star. As a father right from the beginning I wanted her to make her own way and I should not have a hand in that," Haasan said.

"I want her to be known as a talent and she succeeded on her own and then I will have two stars (Kamal and Shruti) under one banner," he added.

Kamal, who has been a part of Hindi, Tamil, Malayalam film industries, says he doesn't like the word Bollywood.