View Profile
The Global Indian Music Awards, or GIMA for short, have been a dream for everyone involved in its organization and set up for quite some time now. And 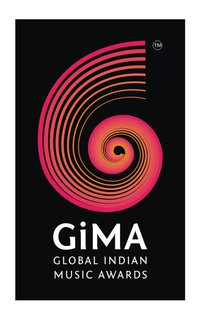 at the threshold of the inaugural edition of GIMA this November, everyone who has put in their while to its staging shall find a dream come true.

The Chevrolet GIMA powered by Micromax is a first of its kind platform which has been put together in recognition of Indian Music, Film and Non film oriented, to applaud and award the various faces and genres of musical genius in our country through a common grounds of acclaim.

And for this launching edition of the GIMA, the organizers and prominent people behind the scenes have chosen the melody queens and sister duo of our industry - Lata Mangeshkar and Asha Bhonsle - for two distinct features of the event. While Lataji has been honored with the Lifetime Achievement Award, Ashaji has been chosen as the ambassador representative of GIMA.

Wise and deserving choices indeed, knowing the generations of musicians and music lovers these two sisters have inspired for Indian music. As a vocalist, Lataji was the second one ever to receive the Bharat Ratna, India's highest civilian honor. She has also been awarded, over the span of six and half decades of her musical journey, with the Padma Bhushan (1969), Padma Vibhushan (1999) and Dada Saheb Phalke Award (1989), among several others. Mangeshkar was featured in the Guinness Book of World Records from 1974 to 1991 for having made the most recordings in the world. 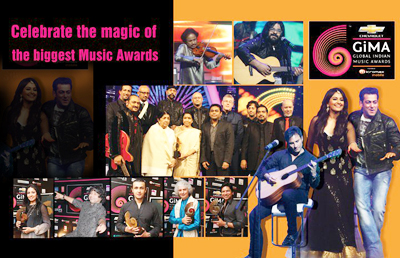 A conceptual brainchild of Wizcraft Entertainment, GIMA shall present an award ceremony on a grand and elevated scale on the November 10th, to present Lataji with her award, and announce and honor other winners as well.

Categories and rules governing the functioning of GIMA are as follows:
An initiative of Wizcraft International Entertainment, Chevrolet GIMA has been instituted with the support of IMI, T-Series, MCAI and other key constituents of the music industry.