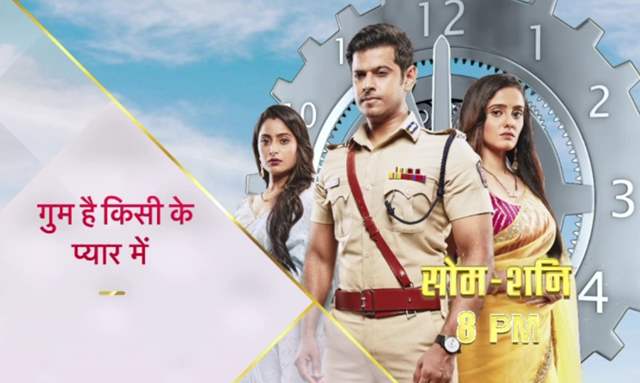 Ghum Hai Kisikey Pyaar Meiin is one of the top shows on Indian television right now and it features Neil Bhatt as Virat, Aishwarya Sharma as Pakhi and Ayesha Singh as Sai. The upcoming track of the show will have the viewers rooting for Virat as it looks like he is having a hard time convincing Sai to return home.

The precap of Ghum Hai Kisikey Pyaar Meiin already showed how Virat visits Sai and asks for her forgiveness with folded hands. Not only does he apologize but also says that he knows whatever he has done is wrong but he wants her to return home. Following this, Sai is seen clapping her hands and making a remark about how now, he wants her to come home.

She then questions Virat how he is the same person who threw her away from the house and did not even let her take her belongings and now he wants her to forgive him and come home with him. She is angry and now, it will be seen how she will tell that she is no longer his responsibility. Meanwhile, we see how Pakhi goes to Virat and while she pats him on his shoulder, for once, he feels it is Sai but it is Pakhi who gets juice for him.

It will be interesting to see how things roll out now and if Sai's exit will actually give an inroad to Pakhi to make a place in Virat's life! 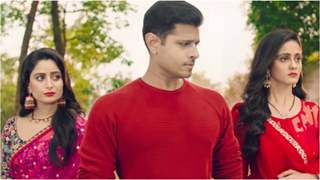 + 2
5 months ago Ji nahi bilkul nahi , agar aap dyaan seh star wala promo dekha hota you would have got it , second chance was hinted for SaiRat only , aur pakhi is negative lead and Sai and Virat are the lead couple , so no ways pakhi is a closed chapter for virat

5 months ago I HATE women characters who don’t get it that a guy is married. Examples : Pakhi in GHKKPM, Mahira Khanna in Kundali Bhagya, Radhika in SNS2 and Kavya in Anupamaa. When the guy is married, stop attempting to snatch him back, he has a wife now. Besides, there are other men in the world. Jeez Louise 🙄 🤬👿

+ 2
5 months ago Pakhi is in a dreamland. Virat has told her many times that he's moved on, but I guess this cheap and characterless woman doesn't want to take NO as an answer. She's going to get a shock big time when Virat will directly confess that he's in love with Sayi and has moved on in life. And, this will happen very soon

5 months ago Queen Of delusion ,Patralekha should come out of her dreamland. Virat is in love with Sai. Pakhi should accept this truth and get rid of her obsession.

5 months ago Haan ji... Virat's harsh words n his actions of always allowing third wheel Pakhi to interfere between thm are conveniently forgotten..all u see is Virat's folded hands..well after his that rude behaviour towards Sai, agar wo pair bhi pakadta to bhi kam tha FYI. And Pakhi..she will get babaji ka thullu as usual..

+ 6
5 months ago Virat is at fault and no one is judging him from what he did but all are seeing his folded hands...The solution can't be a sorry with folded hands after each wrong doing the reason the word punishment exist.PAKHI IS DAY DREAMING OBSSESSED AS ALWAYS.