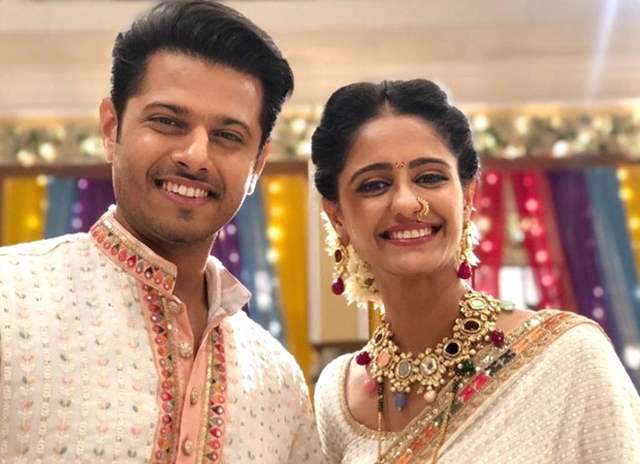 Ghum Hai Kisikey Pyaar Meiin duo Neil Bhatt and Aishwarya Sharma had tested positive for the novel Coronavirus. The two have now resumed shooting after testing negative for the virus. Both of them were living separately in their own homes. The two recently spoke to The Times of India about how was the quarantine period, and they had a lot to say.

As to how was the quarantine, Aishwarya said how she was bored sitting at home as there was nothing to do. Meanwhile, she also mentioned how she stays alone at home so she felt trapped in the four walls. Nonetheless, she is thankful for video calls as she was on a call with Neil for most part of the day. As for Neil, he added how he did not spend the time chilling or watching films and web series. Instead, he revealed how he worked on breathing exercises daily and was back on track post three days itself, however, he did not want to take things lightly. In addition, he added how because mentally, he is more like an army person, he followed his regimen.

Talking about being there for each other, Aishwarya mentioned how she found a very strong support system in Neil as he was there to guide her through. She said how even though he wasn't there with her physically, yet, he was still there with her. Neil adds how he is happy that Aishwarya acknowledges his presence and he loves her all the more for this. He said how since she stays alone, he was in constant touch with her and he was there for her at all times. In fact, he mentioned how had he not tested positive, he would have gone to her house to take care of the requirements.

As to who panicked more during the difficult times that passed by, Aishwarya added how it was Neil, however, he did follow everything advised by the doctors and he was instructing her what to do as well. She added how he was panicky purely because he wanted to get back to work soon and for everything to end.

About what was the first thing they did on meeting each other after testing negative, Aishwarya revealed how she rushed to the sets and hugged Neil for a good six-seven minutes because she was happy and emotional to see him. As for Neil, he added how he had a realization about how their bond has grown stronger over the past few days and further mentioned how that hug made them realize that they were growing close to each other during this time.