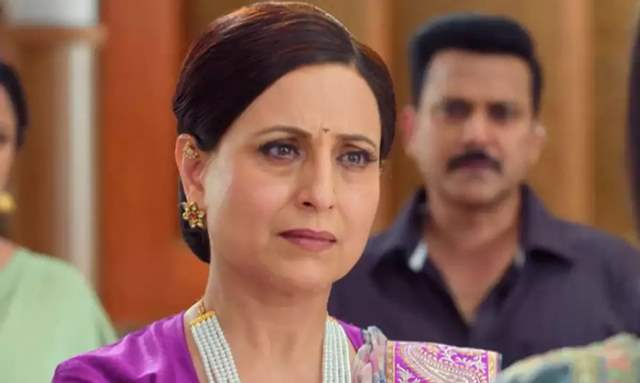 Ghum Hai Kisikey Pyaar Meiin makers are trying their level best to keep the audience glued to the show with its high voltage drama. The show is currently focusing on how Virat is trying to get his daughter Savi from Sai. But the drama will not end there.

As its already seen how Virat doesn’t tell Savi the truth, instead, he tells her that he has agreed to her adoption wish. It is also seen how Sai and Virat start a tiff over parenting style and choice of school. How Virat decides to change Vinayak's school in order to keep him with Savi was rather interesting.

The family is already upset with Virat's decision and now he brings her home. The upcoming episode will see major drama where Bhavani will plan to secretly do Savis's DNA Test. It will happen that there will be a proper function of Griha Pravesh of Savi. A grand celebration will take place in which Bhavani aka Kaku decide to cut Savi's hair so that she can get her DNA test and prove that she is not Virat's daughter.

Bhavani, who never believe that Savi is Virat daughter will also question Sai and tell her that she has lied.

+ 4
2 months ago Seriously woman?....I'm done with people like the Chavans

Priya 2 months ago This show is very toxic, First only Sai was abused and tortured. Now Savi's parentage will be questioned. They can know if Savi is Virat's child by asking her DOB. Why do a DNA test. It's insulting to Sai & Savi. Sai should take Savi far away from this disgusting family