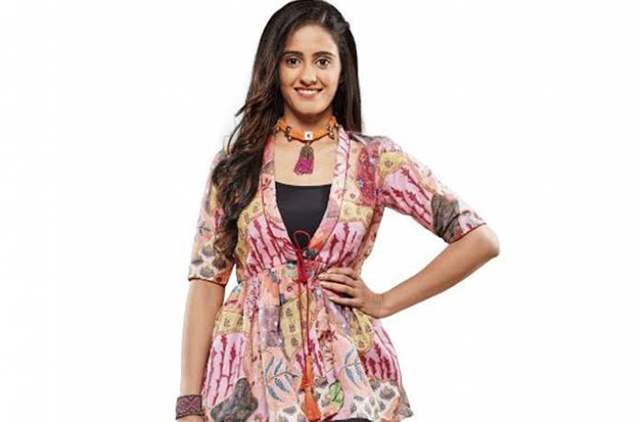 Ghum Hai Kisikey Pyaar Meiin is currently one of the most popular shows on Indian television and has been doing extremely well on the TRP charts. The show narrates the story of Sai, played by Ayesha Singh, Virat, played by Neil Bhatt, and Pakhi, played by Aishwarya Sharma.

Ayesha has become a household name with the show and while the audience has been enjoying watching her, her chemistry with Neil too has received a lot of praise. During a recent chat with Tellychakkar, Ayesha got talking about the show doing well on the TRP charts, while also talking a little about her character. Ayesha mentioned how it is the storyline that keeps the fans engaged and makes them want to know what follows next. In addition, since the dynamics for Sai, Virat, and Pakhi keep changing, it is difficult to show it on-screen, however, fans related to what they are seeing as the evolution in their relationships has been noticeable.

Further, she revealed how there are certain qualities that are similar between Ayesha and Sai, one of which is honesty, and she connects to the character regarding the same. Talk about a quality she would like to imbibe from Sai, she says that it is the soft-spoken nature and how she is someone who would help and pacify someone in the wrong over confronting that person.

Well, we bet fans of both Ayesha and Sai agree to the actress!

6 days ago ayesha singh is doing a great job as Sai , just love the chemistry of sairat , well looking forward to read more interviews of sairat aka neil and ayesha

6 days ago Thank u for the beautiful IV ...plz do more such interviews with Neil and Ayesha ..looking forward to know more about them!

6 days ago No other actress could do a Sai as well as Ayesha Singh, she lives and breathed life into Sai.

6 days ago Ayesha Singh is doing great job as Sai Joshi. Thanks for this surprise in the form of her interview . Looking forward to read more about her.

6 days ago Thank you for giving us Ayesha's interview. We want to know more about her.

6 days ago Ayesha Singh doing great job as Sai love her chemistry with Neil bhatt. Watching Ghum only for SaiRat