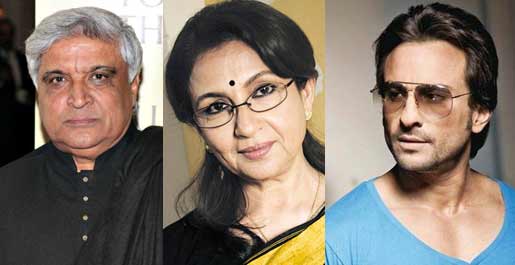 The project titled "Lebe jetzt!", which means "Kal ho na ho" in German, was launched on Friday at the German embassy here.

Karan Johar, who directed the film "Kal Ho Naa Ho", and Sonu Nigam, who lent his voice to the song, sent video messages for the event from New York and Mumbai respectively.

More than 700 guests were mesmerised with the Indo-German tribute to Bollywood.

The song's lyricist, Akhtar, said, "This music video has proved my worst suspicions right; I'd always suspected that politicians and diplomats are actors, and now we have a documentary proof."

The original video for the song was shot in the US, wherein western outfits were donned by the actors. But the remake was shot in the capital featuring the German ambassador as Shah Rukh Khan and his wife as Preity Zinta in ethnic Indian wear. It also features former foreign minister Khurshid as Saif.

Although the ambassador was thoroughly into the making of the video, he admitted struggling with the lip sync. He also said his wife has a collection of 150 Bollywood movies out of which "Kaagaz Ke Phool" is her favourite.

The evening saw elite guests from the capital including ambassadors from other embassies as well as lawmakers.