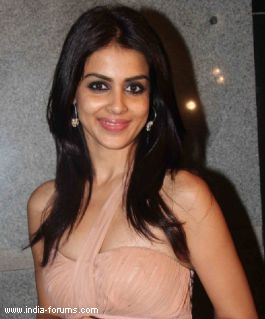 Riteish Deshmukh and Genelia Dsouza are ready to tie the knot Feb 3, and without revealing much more, the actress says the preparations are keeping the couple occupied.

The couple has been dating each other for over eight years. In November 2011, Riteish, son of Mahrashtra's former chief minister Vilasrao Deshmukh, finally opened up about their relationship status.

"Earlier, we never spoke about our relationship. We maintained a distance and dignity, and now since we are getting married, it would be stupid if I don't talk about it," said Genelia, who made her Bollywood debut opposite her to-be-husband in "Tujhe Meri Kasam" in 2003.

On the big screen, they were last seen together in "Masti" in 2004, but they have now teamed up again for romantic comedy "Tere Naal Love Ho Gaya", releasing Feb 24.

Though Genelia remained tightlipped about the designer who is styling her for her D-day, and other pre-wedding celebrations, she said: "Wait and watch how it is going to be!"

According to reports, the duo will have a grand sangeet Jan 31, following which their close friends Sajid Nadiadwala and Fardeen Khan will throw a party for the couple a day before their wedding.