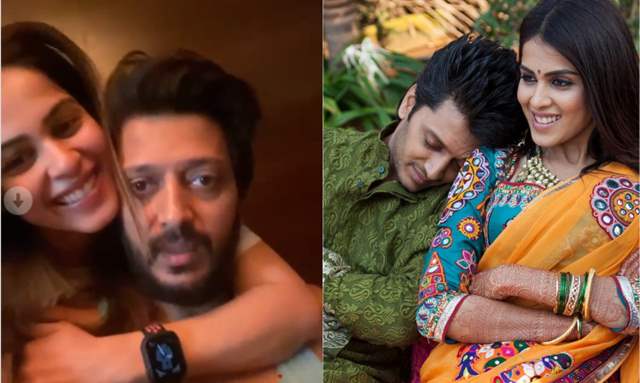 Riteish Deshmukh and wifey Genelia D'Souza (Deshmukh) are an adorable couple and even the netizens can’t disagree with it. The two have shelled out parenting goals for quite some time now, apart from that they are the cutest couple in tinsel town.

Today on the occasion of their 9th wedding anniversary, Genelia took to her social media handle and penned the most heartfelt note for her hubby and the love of her life Riteish Deshmukh.

You don’t find love, it finds you,

It’s got a little bit to do with destiny,fate, what’s written in the stars and a lot to do with special kind of you??????

There is no me without you..

Happy Anniversary Love,” wrote Genelia as she shared a short and adorable video of them.

Meanwhile, Riteish wished his dearest ‘Baiko’ as he shared an image of him pretending to sleep on her shoulder and wrote, “This is my resting place forever, I will live here, for this is the home I desired”

Genelia couldn’t stop gushing over her hubby’s cute post and commented, “I love you.” 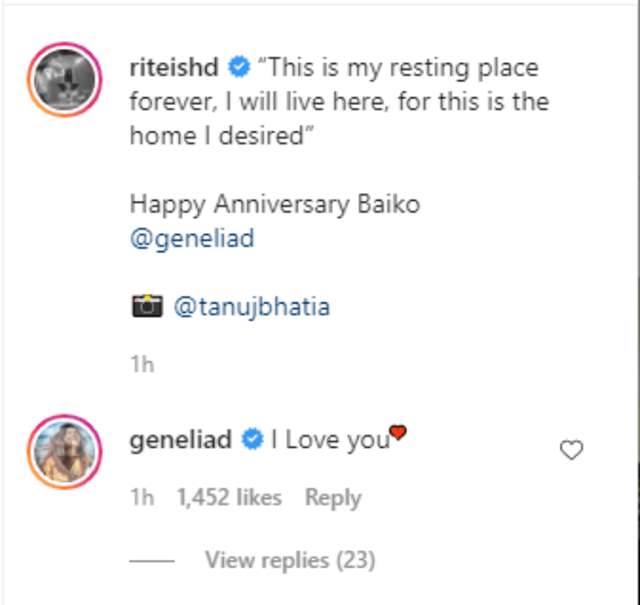 The actors’ love blossomed after their debut film, Tujhe Meri Kasam, which released in 2003. After being in a relationship for more than eight years, they tied the knot on February 3, 2012. They have two sons, Rahyl and Riaan.