"It is harder to make someone laugh than it is to make them cry."
-       Cath Crowley
Bollywood is an amalgamation of sentiments such that genres seamlessly overlap, sometimes in just a single movie. But the one that distinctively stands out is the emotion of comedy. We never get tired of watching humor because it holds the power of making us laugh till we cry, indiscriminately. Comedy is much loved by all and is our medium of choice to unwind after a long stressful day. Watching Mehmood Ali play a cook in Gumnaam (1965) or Rajpal Yadav's hilarious performance in Chup Chup Ke (2006) never fails to leave us chuckling. We, at BollyCurry, have picked out four extremely talented artists, without whom the field of Bollywood comedy would be drought-stricken.
Mehmood Ali (1932-2004) 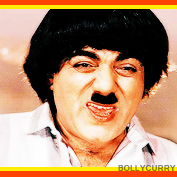 The legendary Mehmood Ali has been a treasure to Bollywood for over seventy years. After starting off in the 1940s as an unwilling child artist in Kismet (1943), he went on to become one of the most beloved Indian comedians. Being a multi-talented actor, he was a significant part of nearly 300 Hindi and regional films over a span of three decades. But Ali had his own share of ups and downs. Despite indulging in odd jobs of being a table tennis coach to Meena Kumari and a driver to director P L Santoshi, acting soon lured him back in the industry. Ali also tried his hand at direction with  Bhoot Bangla (1965) and Do Dilwale (1977), and donned the hat of producer for Padosan (1968) and Do Phool (1974). He was a three-time winner of the Best Comedian award along with one in the Best Supporting Actor category. Not only was he a great comedian, he established his eminence as a great human being too. He guided then-debutants Amitabh Bachchan and R.D. Burman, who are unprecedented in their own fields today. His death in 2004 was a terrible loss to Bollywood, but the wave of laughter that his acts created shall never subside.
Big break: Sanyasi (1942)
Popular hits: Gumnaam (1965), Padosan (1968), Bombay to Goa (1972) and Andaz Apna Apna (1994)
Did you know? In some acts, Mehmood used an Urdu accent that is common with the people in Hyderabad.
Jagdeep Jaffrey (1951-present) 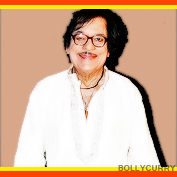 Like Mehmood Ali, Jaffrey didn't have a very grand entry into Bollywood. As a child-artist in the 1950s, his only ambition was to earn a small income from tiny roles. However,  his talent and skill to elicit laughter was what gained him a reputation in the film industry and took him to great heights. He was even lauded by then Prime Minister Pt. Jawaharlal Nehru for his work in Panchhi Ek Daal Ke (1957), along with his co-actors. With a contribution of over 350 movies and counting, Jagdeep is one of the finest comedians the country has witnessed. Post receiving praises for his comic act in Sholay (1975), he directed a movie with a name based on the same famous character Soorma Bhopali (1998). It has been over half a century and we still enjoy watching his rib-tickling performances. His legacy is carried on by his sons, Naved and Javed Jaffrey, who are popular comedians and actors of today's time.
Big Break: Afsana (1951)
Peak: Sholay (1975), Raakh (1989) and Andaz Apna Apna (1994)
Did you know? Jagdeep made appearances in many horror movies, especially the ones by Ramsay Brothers, like Purana Mandir (1984).
Johny Lever (1957-present) 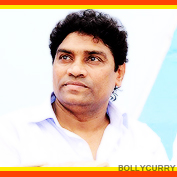 As one of India's first stand-up comedians, Lever's life and work is quite inspirational. Before the recognition of his talent, he worked numerous odd jobs in Mumbai, including that of a trinket seller and a factory worker. He spent his early years in the small town of Yakutpura, where he learnt comedy and acting. This is where his passion for mimicry bloomed and he honed his comic skills under the mentorship of mimicry artist Ram Kumar. Luckily, late Sunil Dutt recognized Lever's talent and offered him a role in Dard Ka Rishta (1982), marking the beginning of an era. Since then, there has been no looking back for Lever. He went on to win many Best Comedian awards for his performances in various films. Being one of a kind in India, his first comedy album Hansi Ke Hangame Vol. 1 Johny Lever (1986) earned him massive popularity across the globe. That being said, a huge fan following in Bollywood did not prevent him from portraying his talent in Tulu, Tamil and Telugu movies too. Lever's success paved the way for his younger brother Jimmy Moses, and children Jesse and Jamie Lever, to enter the entertainment industry.
Big Break: Dard ka Rishta (1982)
Peak: Khiladi (1992) and Baazigar (1993)
Did you know? Johnny Lever was born Jonny Rao. He changed his surname for the screen while working at Hindustan Lever Ltd.
Rajpal Yadav (1971-present) 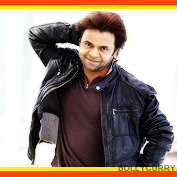 The latest addition to the gems of comedy is the very versatile Rajpal Yadav. He nurtured his acting skills through theatre and later took up a professional course at the Bhartendu Natya Academy, Lucknow from 1992 to 1994. His first stint in front of the lens was the TV show Mungeri Ke Bhai Naurangilal in the 1990s. Despite debuting with negative roles, he made an easy shift to comedy and soon excelled at the same. Yadav has already featured in over 150 films and gathered an immense fan following for his dedicated and consistent performances.
Big Break: Jungle (2000)
Peak: Chandni Bar (2001), Kal Ho Naa Ho (2003) and Mujhse Shaadi Karogi  (2004)
Did you know? He starred in a Hollywood movie called Bhopal: A Prayer for Rain (2013) and a Telugu movie named Kick 2 (2015).

Comedy has finally managed to grab the spotlight in recent years. However, independent comedians still struggle to earn recognition as Bollywood is continually ruled by the heros. Even through hardships, the above mentioned comedians have definitely carved their niche in various film industries. They discovered their humorous essence and dreamt to share it with the world, for which we shall forever be indebted. In a role big or small, comic actors always get us rolling on the floor laughing. If laughter is one of the best medicines, then they sure are some of the best doctors!
Writer: Lekha V
Editors: Anushka J. and Gunia K.
Graphics: Ayesha S.
Have a suggestion or comment for BollyCurry? Drop us a PM at BC_Dropbox today!

sparkling_gems 4 years ago Why there is no mention of Jhony Walker, Keshto Mukherjee, Dhumal, Rajender Nath etc. Also how can you forget female comedians like Tuntun, Indira Billi and Preeri Ganguly etc.