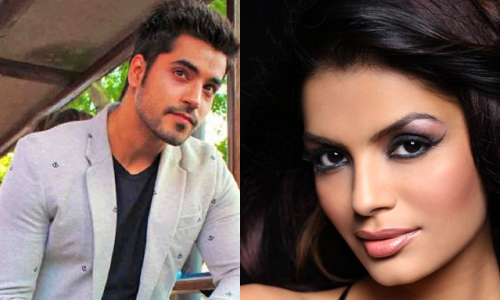 The most controversial show Bigg Boss 8 on Colors is already making the viewers raise their eyebrows with the link ups and tiffs happening in the show. Earlier we reported about the change in the voting format and the Live Feed's content not available to the viewers because of the decision taken by the channel officials, now another update relating to the show is the contestants Gautam Gulati and Sonali Raut being punished for talking in English language.

As per the rules of the house, the contestants are not allowed to talk in English and sleep during the daytime. But these two broke the rules and were punished by the Secret Society.

Gautam and Sonali who are aware about the rule was caught by the Bigg Boss for breaking the norms and handed over them to the Secret Society who will order them to stand against each other's back on the wings of the flight till Secret Society's next order.

Well this is just the beginning, and we are sure that there will be more twists and turns in store for the viewers.

Till then keep reading the space for more updates.