COLORS which has been dealing with shows with a social message is all set to launch its first love story tentatively titled 'Ishq', produced by Creative Eye, in association with Rajita Sharma (who was the writer of Yeh Rishta Kya Kehlata Hai). This will be Rajita's debut show as producer. 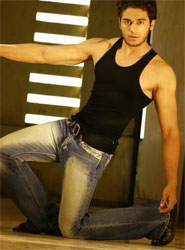 Ishq which will be written more or less on the lines of the very popular movie Dilwale Dulhaniya Le Jaayenge, has Yami Gautam as the female lead. Yami was earlier seen in Imagine's Chand Ke Paar Chalo.

According to our source, "Gaurav Khanna has been finalized to play the lead in the show. He will play a rich guy from a Lucknowi family, who is flirtatious in nature. Yami and Gaurav will play the much-in love couple whose families are at loggerheads. Even here, the female lead will be from a poor to middle class family. The show is set in Lucknow, and the shoot for the same has already begun".

Ishq will launch after the culmination of Bigg Boss at the 9.30 PM slot, while Playtime Creations' upcoming show Laagi Tujse Lagan with Mahi Vij as the lead will be aired at 9 PM time slot.

When contacted, Gaurav Khanna told us, "Talks are on, but nothing is finalized. I am at Lucknow right now, so will be able to give you an answer only after I get back to Mumbai".

Gaurav is presently playing one of the protagonists in Star One and Shakuntalam's Love Ne Mila Di Jodi. Gaurav Khanna has earlier played the lead in COLORS' Jeevan Saathi.

We tried calling Producers Rajita Sharma and Dheeraj Kumar, but both were unavailable.

Madaame 10 years ago GK you are MINDBLOWING in this show, your confident acts and superb expressions are WOW,
YOu rock

kalpana123 10 years ago I have seen your show.but love ne mila di jodi is your best one.you n chanadana awesome.look gud together

dnsh57 10 years ago You look great in the promo of the new show,I hope too see u in both the shows.Ihope their timings dont clash

sargamr 10 years ago Rajita Sharma, who was to debut as a producer with her upcoming venture in association creative eye is no longer co-producing Yeh Pyaar Na Hoga kam for colors channel and has opted out of her association with Creative Eye production house. The project includes the inception of concept, penning down the episodes, story, screenplay, dialogues, lyrics and complete creative supervision of the show. What made her take a drastic decision of opting out of the show specially when the launch of the show is so near, is a question that has till date missed her version of the story. It is stated in India-forums as well as tellychakkar that she is unavailable for any comments and right now is not responding to any of our phone calls. We understand that it must be a very disturbing and upsetting phase for her and perhaps that is the reason of her silence at this time. <br/> Rajita sharma says, "The love story between a Kayastha girl and a Brahmin boy is inspired from my parent's love story.My mother was a kayastha before marriage and Dad is a Brahmin and they used to reside in Ganesh Ganj mohalla of Lucknow as will be shown in the show. <br/>Even though my late grandfather was a rather liberal man on many other accounts and was a very well educated man, yet there were a few reservations and apprehensions in his mind regarding the inter caste marriage.<br/>Even the girls' parents and their relationship is based on my maternal grandparents relationship. <br/>In the era of early seventies when my parents got married, inter caste love marriages were rare in society and hence it was quiet a scandal for the two families. Even later in the marriage, both had to undergo many trials and tribulations vis--vis the society. It was a difficult task for them to make the marriage work and I had always found this very interesting and intriguing."<br/>What are your future plans ?<br/>Magic lantern is a production company that I have started ...

Life_Is_Dutiful 10 years ago Luved this show's promos.Waiting 2 watch this show.Gaurav,u look rocking in this show.

achumen 10 years ago You look great in the promo of the new show. But Prithvi Saxena is what you made of him and come what - Please do not leave LNMDJ.