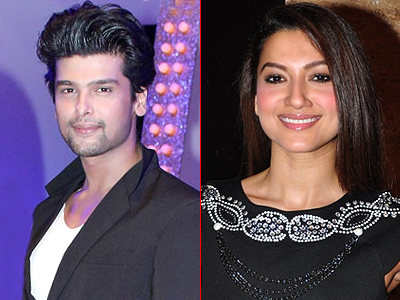 After confessing their love for each other on reality show 'Bigg Boss Saath 7', actors Kushal Tandon and Gauahar Khan are likely to compete with each other on adventure show 'Khatron Ke Khiladi 5'.

The channel is in talks with the actress, who is yet to confirm her participation.

"She has been having multiple talks with the production house and is keen to take up the offer," said a source from the channel.

The couple met and fell in love during their stay in the last season of 'Bigg Boss', which Gauahar won and walked away with Rs.50 lakh.

After the show concluded, the two continued to spend time and even brought in the New Year together in Goa.

It will see a total of 14 celebrities, a mix of boys and girls, facing their fears by taking part in challenging tasks. The show is likely to go on air March or April and will be shot in South Africa, said a source.

7 years ago Waiting eagerl to see you oon tv love u and all the. Best kushal

7 years ago This is amazing news!! Hope we'll get to see them together again on KKK! All the best guys!

+ 5
7 years ago love you Gauahar!!! looking forward to all your upcoming projects! :)

7 years ago i hate gauhar... hope nia shld be at her place.. love virman aka nishal..

sepultraonyx 7 years ago but i heard dat its a fake news :/...luv to see dem together :)

7 years ago n wat abt kushal!?? is he being in talks tooo?